You are here: Home / Archives for Around Town 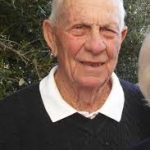 The world lost one of it’s great characters this week with the passing of Ralph “Ace” Harrison. Ralph, “Ace” as I called him, was an outstanding athlete and even a better coach, leading the Albemarle Patriot football team to three consecutive 10-0 seasons. He also coached golf and was a superior referee and umpire in his middle years. I first came to know him as an umpire. I was just starting … END_OF_DOCUMENT_TOKEN_TO_BE_REPLACED 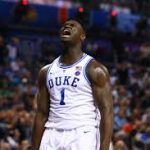 I don’t do many articles on team sports, though my first writing gig was as a sportswriter for the Brier Patch, the Greenbrier Military School newspaper. I covered the GMS/Fork Union Football game in 1960. So after a rather lengthy hiatus, here goes. I will go out on the limb here and predict that neither Duke nor Kentucky will ever win another NCAA Basketball Championship. Oh, they’ll win … END_OF_DOCUMENT_TOKEN_TO_BE_REPLACED 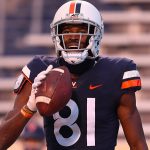 For the first time since March, I felt a genuine sense of normalcy. I sat out in the back yard on a Saturday afternoon and listened to a UVA football game on the radio. I puffed on a cigar and sipped a cold beer while the Cavaliers alternated between great and awful. It was just like old times. Even though Scott Stadium sat mostly empty, the players of both Duke and Virginia played their hearts … END_OF_DOCUMENT_TOKEN_TO_BE_REPLACED

It dawned on me last Sunday that I may have been eating the Perfect Breakfast. So what exactly is this Perfect Breakfast, you ask? Two slices of thick, crispy bacon;  two buttermilk biscuits oozing with real butter; a bowl of hot grits, also oozing with fresh butter; a slice of Golden Honeydew Melon; a glass of tomato juice; and two fried eggs, sunny-side up. That is obviously a very good … END_OF_DOCUMENT_TOKEN_TO_BE_REPLACED 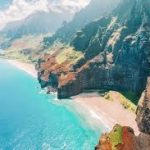 If you’ve never been to Hawaii, you simply must put this trip at the very top of your bucket list. With two island cruises behind me, there is no other place I’d rather go. And if you are fortunate enough to visit the islands, which would you choose? The elegant beaches of Waikiki on Oahu?  The sea turtles and rain forests of Maui?  The black sandy beaches and botanical gardens of the … END_OF_DOCUMENT_TOKEN_TO_BE_REPLACED

When you give a few bucks to one of those fellows standing on the corner with a cardboard sign, you never really know whether you’ve helped in some small way or just enabled an addict. But when you put money in one of those Red Kettles of the Salvation Army, you can be assured your contributions are productive. The Salvation Army was established in 1865 by William and Catherine Booth in London, … END_OF_DOCUMENT_TOKEN_TO_BE_REPLACED 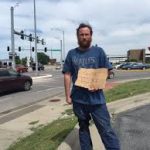 In case you haven’t been paying attention, the City of Charlottesville is not happy with their inventory of historical statues. Until a judge ordered otherwise, they had draped a huge black tarp over General Lee and his horse, Traveller. I have a great idea for the City Council. Why not erect a statue of something that is becoming increasingly more common around Charlottesville – that of a … END_OF_DOCUMENT_TOKEN_TO_BE_REPLACED

I am Jim Brewer, Editor of the new CvilleBuzz, a humble on-line attempt to entertain those, not only … END_OF_DOCUMENT_TOKEN_TO_BE_REPLACED