You are here: Home / Archives for The Garden Spot

Finally, a good frost. It was halfway through November, but at last there was frost on the pumpkins, and on the collard patches as well. As every Southerner knows, you never eat collards until after the first frost. It’s something about that frost that brings out the sweetness in what are easily the best tasting greens on the planet. I once went through the line at Food Lion with a … END_OF_DOCUMENT_TOKEN_TO_BE_REPLACED 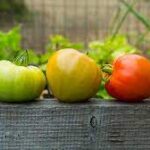 I grew vines in my garden this summer. Not tomatoes, just vines. They bloomed on time, then nothing. Finally, a few baby tomatoes popped up but then went away. In early September, honest-to-God tomatoes finally begin to form on my four vines, but they mostly stayed green. The handful of tomatoes that did turn red were pecked by some critter, likely a chipmunk. Last week when we had a frost … END_OF_DOCUMENT_TOKEN_TO_BE_REPLACED 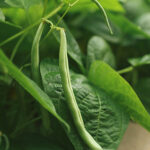 Sometimes it’s better to be lucky than good – especially in a vegetable garden. My little garden has really not performed as I would like, in spite a lot of rain and a lot of sun.  My cukes were so-so, my squash crop was pitiful and other plantings were hit and miss. But along about June when I pulled up my early sweet peas, I decided to put a few short rows of green beans in their place. I had … END_OF_DOCUMENT_TOKEN_TO_BE_REPLACED 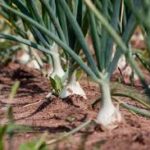 It’s been a strange year for back yard gardeners. We have had weekly rains since April, so you think that would be good. But we have had almost weekly 90 degree sweltering days and that’s often not so good. My early garden was pretty good – lettuce, peas, and onions, but my summer garden has not been so great. I got a dozen cukes and several of the vines just died. I’ve picked a dozen … END_OF_DOCUMENT_TOKEN_TO_BE_REPLACED

They are in my yard. Worse. They’re in my garden. Early this week, they snatched every single baby tomato off my vines. Let the Rat Wars begin! Apparently, rats are making their rounds all over Charlottesville. I subscribe to Next Door, a community web site, and several people have posted pictures asking, “What kind of squirrel is this?” Not squirrels. Rats. Common gray rats with … END_OF_DOCUMENT_TOKEN_TO_BE_REPLACED 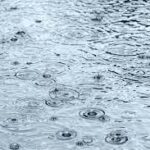 I’m not too concerned about global warming, it’s global wetting that bothers me more. Usually, this time of year, I send my lawn mower on a 4- to 6-week sabbatical while the grass in my yard lies dormant. Not this year. Global Wetting has me out there as often as twice a week cutting grass, and before I can recharge the battery on the mower, the grass is at it … END_OF_DOCUMENT_TOKEN_TO_BE_REPLACED 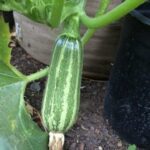 I do it every year and I ought to know better. I either buy seeds or young plants and don’t read the fine print, or I’ll plant something, throw away the pack and then can’t remember what it is I planted. Then I don’t know what to buy or not to buy the next year. This happens with tomatoes a lot. Some varieties don’t produce well, and some do. Some have lots of flavor, some don’t. But … END_OF_DOCUMENT_TOKEN_TO_BE_REPLACED 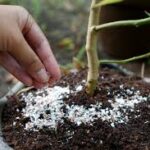 Loyal CvilleBuzz reader, Chuck Strauss, read my piece on Tomato Blossom End Rot last week and offered this advice.   “Although I no longer have a veggie garden, I found that putting eggshells into the ground where and when we planted tomatoes helped prevent the rot—because the commercial stuff I had gotten did not work. I had started collecting the shells and kept them in plastic … END_OF_DOCUMENT_TOKEN_TO_BE_REPLACED

Rats! It happens every year. The first few tomatoes look great on top but have a big black bottom. They call it blossom end rot. It’s like the tomato plants need a little practice to get it right. One cause of blossom end rot is a lack of calcium. Calcium is taken up into the plant through the roots, however, it settles in one part of the plant. This means that the rot can occur even … END_OF_DOCUMENT_TOKEN_TO_BE_REPLACED

I have 500 square feet, or exactly .011 acres of garden space. That’s not a very big garden, but I spend a lot of time and money to keep it thriving. I have been successful at keeping out squirrels, deer, groundhogs, and rabbits. But one type of varmint remains. Chipmunks. This spring I planted 3 small rows of snow peas. They were one of the few things that would grow in the upper … END_OF_DOCUMENT_TOKEN_TO_BE_REPLACED

I am Jim Brewer, Editor of the new CvilleBuzz, a humble on-line attempt to entertain those, not only … END_OF_DOCUMENT_TOKEN_TO_BE_REPLACED