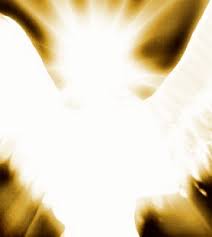 The Glory of the Lord

Amos, a young shepherd from Judaea was guarding the gate of the sheepfold while his father, Benjamin, and Shimron, his uncle, were asleep. The three shepherds had 98 sheep in their flock, intended to be sold as sacrificial lambs to the worshippers in the temple in Jerusalem at Passover. The flock had just been moved to pastures outside Bethlehem where water was available and the meadows teemed with grass.

Suddenly, Amos was stunned with a burst of light. While the skies remained black in the darkness of the winter’s night, a light beyond description overwhelmed young Amos and awakened all the shepherds tending their flocks.

The brightness both blinded and amazed the shepherds. It was the purest of whites, like a bright sparkling gem riddled with sunlight, and intense in its focus.

And standing in the midst of the light was a man robed in a dazzling white garment. The shepherds sensed a spirit of some sort, perhaps a ghost. They even feared that it was God Himself.

The Jewish people had long considered that if anyone ever saw the face of God, they would die instantly. The scriptures told of a man who once reached out and touched the Ark of the Covenant to keep it from falling and died immediately Even Moses was not allowed to see God’s face, but rather saw God in the form of a burning bush that was not consumed by the fire. Whatever or whoever this was, the shepherds trembled with fear, expecting the worst.

Then the man spoke and said, “Don’t be afraid.”

His words were calm and soothing, like a beautiful melody, and the shepherds began to lift their eyes towards this enchanting voice, the Angel of God. Yet, they remained deeply troubled and fearful. Why was he here?

“I have good news for you,” the Angel assured them. “For unto all of you is been born a Savior, even the Messiah, the Anointed One of God. He was born tonight in nearby Bethlehem. And this is how you will recognize Him. You will find the baby lying in a manger, wrapped tightly with strips of cloth.”

While the shepherds considered this amazing proclamation, the Angel of the Lord was suddenly joined by a vast host of others – it appeared to be the armies of heaven – and all were praising God with these words:
“Glory to God in the highest heaven, and peace on earth, good will to men.”

Then, as quickly as they had appeared, they were gone. The night returned to darkness and silence fell among the shepherds. Amos, strained to hear the voices and scanned the horizon for one last glimpse of the angels, but they had vanished.

Benjamin, Shimron and the other shepherds gathered quickly. They were eager to see the newborn King of Israel, born that night in Bethlehem.

“Let us go at once and see this thing which has come to pass, which the Angel spoke of,” they all agreed.

“But, father, who will guard the sheep?” Amos asked. The young shepherd knew that his lambs would be highly disturbed and vulnerable if left unprotected. They would be easy prey for the wild dogs in the wilderness. As much as Amos wanted to see the newborn King, he asked his father if he could remain behind and protect the lambs.

“You go to Bethlehem. I will stay with the sheep,” Amos suggested. “When you return, you can tell me what you have seen.”

Amos was right, they agreed, and it was decided that the young shepherd would stay with the flock. Then the shepherds were off. Amos had never seen his father and uncle move with such spirit. They were running towards the City of David like young men. Now, only Amos remained to tend the flocks and he lay down again at the door of the sheepfold, pondering the amazing events, which had just transpired. Amos was not sure exactly what had he had just seen and heard, but he knew his life would never be the same.

“What does it all mean?” he asked himself.

I am Jim Brewer, Editor of the new CvilleBuzz, a humble on-line attempt to entertain those, not only … END_OF_DOCUMENT_TOKEN_TO_BE_REPLACED