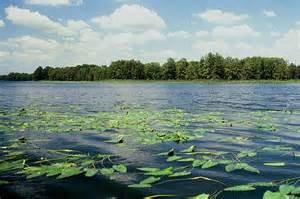 The Chickahominy Lake is among Virginia’s most scenic bodies of water. Home to a multitude of fish and a variety of wildlife, cypress trees line the shore of the Chick and extend out into the water. Boats and kayaks can explore the inlets and lagoons and never be disappointed.

The lake is a 1230-acre water supply reservoir located along the New Kent-Charles City county line. This impoundment of the Chickahominy River was completed in 1943 with the construction of a low-head dam known locally as Walkers Dam. A fish ladder constructed into the dam allows for the passage of anadromous fish such as blueback herring and striped bass. The City of Newport News draws water from Chickahominy Lake and has been responsible for the recent repairs and renovations to Walkers Dam. A new, manually operated boat lock at the dam will eventually be operational to allow boat traffic to move between the lake and river.

Walkers Dam used to be one of the more popular places to catch blueback herring during their spring spawning run. Anglers are not permitted to fish from Walkers Dam any longer. The recent moratorium on blueback herring and alewives also prevents anglers from harvesting these species. Anglers will have to turn their attention to the variety of game fish species that inhabit Chickahominy Lake and the Chickahominy River.

The lake is a popular destination for anglers who enjoy fishing a 1,230-acre reservoir with plenty of habitat and cover. Chickahominy Lake continues to be a predator heavy system with an abundance of bass, black crappies, chain pickerel and bowfins. The blue catfish population has recently increased as anglers have started to target the catfish population.  The shallow flats of Johnson and Lacey Creeks provide the earliest crappie action each year.  Anglers reported numerous citation-sized bass from Chickahominy Lake during 2013/2014. Chickahominy Lake continues to produce an abundance of 4 to 6 pound bowfins with a decent chance at a citation over 10 pounds.

A popular guide on Chickahominy Lake is Capt. Art Conway out of Ed Allen’s Camp Ground. To book a trip or for more information, call him at 804-746-2475

A Visit to Lake Moomaw

The Road to Spanish Macs

On the Road To Sunset Beach

I am Jim Brewer, Editor of the new CvilleBuzz, a humble on-line attempt to entertain those, not only … END_OF_DOCUMENT_TOKEN_TO_BE_REPLACED