You are here: Home / Chuckles / There’s An App For That 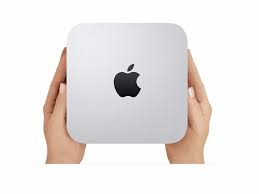 I saw on TV last week that someone had developed an app for I-phones to remind forgetful parents that they had a baby in the back seat and not to forget and go to work and leave the infant there in a hot car with the windows rolled up. I’m not making this up.

And I have an app for those parents. Use your brain.

Anybody who can’t remember they are hauling an infant around should be removed from the gene pool. People have to stop and think and make their own choices and decisions ever so often.

Half of the ads on TV these days are for apps and web sites. An app for the lowest priced hotel, a website for the top restaurants, an app for the Realtor who will sell your house the quickest, an app for which car to buy at the absolute lowest price, an app for home contractors, maids, doctors, car insurance and the list goes on.

Personally, I don’t trust these apps or websites. It’s like a computer – garbage in and garbage out. People are paid to give glowing reports on things like restaurants and Realtors and sometimes the not-so-good reviews are from the competition. You can’t trust them either.

To me, life is exciting because you don’t always know what to expect. Take a chance. Go to a new restaurant. If you don’t like it, don’t go again, but if you find a diamond in the rough, great!

And do you really have to buy everything at the absolute lowest price? Some people spend an entire day on their computers trying to save $50 on a TV. My time is worth $50 and if my budget is that tight, I probably shouldn’t buy it anyway..

I don’t know what our world is coming to. Will people ever be able to make decisions on their own without getting their phone involved? Will there be any brick and mortar stores remaining, or will life be one giant computer screen.

If a friend recommends a good repairman or restaurant that’s good information and you don’t need an app for that.

I am Jim Brewer, Editor of the new CvilleBuzz, a humble on-line attempt to entertain those, not only … END_OF_DOCUMENT_TOKEN_TO_BE_REPLACED