You are here: Home / Boomer Memories / We Called Him Dr. B 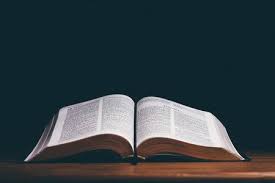 Remembering people in your life that have made a difference.

I can think of one who truly stands out. His name was Arie D. Bestebreurtje.

We called him Dr. B.

From Holland,  Dr. B was an Olympic speed skater, an alternate on the Dutch Speed Skating Team at the 1936 games. A law school graduate, Dr. B escaped Nazi occupation at the start of the war, reached England and joined the exiled Dutch army. He was a captain in 1944, later became a major and was a member of the Office of Strategic Services, the U.S. spy agency during World War II. He became a member of an elite group of soldiers called Jedburghs and was dropped behind enemy lines for reconnaissance to lead the Dutch resistance. His bravery in action resulted in The Legion of Merit, one of the highest honors the United States could bestow on a foreign soldier.

After the war, Bestebreurtje became a noted and successful international lawyer. At age 38,  he received a higher calling and became a Presbyterian minister, serving first in Louisville, then later at First Presbyterian in Charlottesville.

In 1968, Nancy and I had started a family and were looking for a church home. I had heard a preacher on a Sunday night radio broadcast that I enjoyed. You had to listen carefully to understand through the heavy Dutch dialect, but he was an excellent preacher. The next Sunday, we went to see him at First Presbyterian on Park Street. It was crowded that Sunday and they ushered us to the balcony. From the pulpit, Dr. B urged any and all guests to fill out an information card, and for some reason I did, and dropped it in the collection plate.

That afternoon, shortly after the Church service, we heard the doorbell ring. Nancy peeked out and saw a tall, distinguished man at the door.

“I think it is one of your clothing salesmen,” she said, knowing that I knew many from my work as the Manager of the Men’s Department at Leggett’s Barracks Road.

“What would they be doing calling on me at home on a Sunday afternoon?” I wondered.

Quickly, I invited him in and offered coffee. He loved coffee, or perhaps I should say he liked a little coffee with his sugar. I think he had 5 teaspoons.

We chatted for a while and as he left, he said he looked forward to seeing us in church the next Sunday. He didn’t say he hoped he would see us. He knew he would see us. And he did, and we soon joined First Presbyterian Church. I don’t think we had any other choice.

When Dr. B found out that both Nancy and I enjoyed singing, he escorted both of us to the choir room and that was that.

First Presbyterian had an excellent choir at the time – some really tremendous voices. Our Choir Director, Jim Carson, was naturally quite demanding. During one practice, Jim raked the tenors over the coals and I told Nancy afterwards that I really had no business in a choir like that. I was not musically trained and felt the scolding was directed at me. So I dropped out. For three weeks,

Then, the doorbell rang again at our house and it was Dr. B, back for more coffee and to find out why I had missed three Sundays at choir.

I told him the reason, and he said that was rubbish, that choirs needed a blending of voices, not just lyric tenors. The next Sunday I was back in the choir loft and was later told that the fussing was not intended for me, but for another tenor who was often flat and did not count beats in a measure very well.

We sang in the choir for 23 years – almost every Sunday, and a side benefit was over two decades of hearing sermons from perhaps the finest preacher who ever lived.

Dr. B held back nothing. He told it like it was, not things you may have wanted to hear. When he leaned over from the pulpit, squinted his eyes and began to speak with that heavy Dutch accent, it was if God Himself was laying it on the line.

Dr. B said so many profound things that it would many books to contain them, but some things I well remember.

He said if we had questions about our faith, fire away, that God could handle those questions. He would never ask us to believe something that could not merit intense scrutiny. Dr. B said that it was good that the Gospels differed slightly. He said that when stories are told exactly alike, it was usually contrived. And he asked why the apostles would lie or deceive and later go to their deaths if what they said was not true. He said there would be no churches in heaven. We would no longer need them. Dr. B described prayer as practicing the presence of God. When Dr. B introduced new members, as many as 20 or 30 at a time, he knew everyone’s name and where they were from. Without notes or cards, he introduced each one to the congregation.

I, unfortunately, have since compared every minister to Dr. B and they all fall woefully short. Most do not take the trouble to ask your name as you leave the church, much less show up on your doorstep an hour after the service.

If I am somehow allowed into heaven, one of the first people I’ll seek out will be Dr. B.

I know for sure he’s there.

I am Jim Brewer, Editor of the new CvilleBuzz, a humble on-line attempt to entertain those, not only … END_OF_DOCUMENT_TOKEN_TO_BE_REPLACED