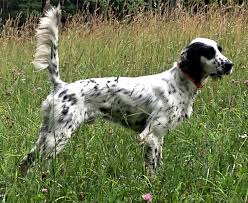 I was blessed to come from large families. My mother’s mother, Mama Ida, had a total of five brothers and sisters and she married into a family of six siblings. My father, James Brewer, was the youngest of 10 children, so I had my share of aunts and uncles. If not my favorite uncle, Uncle Dennis Brewer was certainly right up there near the top and he was easily the most interesting.

Uncle Dennis was born and raised in Clemmons, NC, the site of Clemmons Mill, which was founded by Grandpa Brewer. Uncle Dennis loved the mill – so much so that he went to State College – that’s what North Carolina State University was once known as – where he studied agriculture, returning to the mill after the war.

Uncle Dennis bled red and white, the colors of State’s Wolfpack, and I too, was a Wolfpack fan, having been born and raised in Raleigh. Even when I went to Carolina, I rooted for N.C. State. For inside info on State’s basketball or football outlook, I always turned to Uncle Dennis and he had the same answer every year – State’s going to win it all. In 1975, with David Thompson and Tom Burleson, they did. The NCAA Basketball Championship.

When I came to visit my Brewer relatives each summer, Uncle Dennis was always at the mill. He got there early and left late. I often joined my cousins, Edward and Bob, as we played in the rafters of the old mill, diving off and climbing among the moldy bales of hay. When we got thirsty and went to the mill office for a Pepsi, we had to dig out a dime like everybody else. No treats for us. Uncle Dennis  was not exactly a spendthrift – except when it came to the Republican Party. The year Barry Goldwater ran for president against Lyndon Johnson and was fairly trounced, Uncle Dennis bought a truck load of “Goldwater”, a soft drink that tasted a lot like 7-Up. It came in gold cans. Uncle Dennis sold the cases of drinks to raise money for the campaign, but ended up buying most of them himself. When we visited Uncle Dennis and Aunt Elma, we had Goldwater pretty much every meal.

The Brewer family basically established Centenary Methodist Church, and participated in every aspect. Uncle Dennis sang in the choir for many years – a tenor, I believe, but a faithful Methodist I’m sure of.

But above all, Uncle Dennis was a bird hunter. On this, we shared the same passion. Uncle Dennis always kept a pen full of dogs and always English Setters, never an animal so crass as a pointer. One of the dogs I remember most was Frisky. This white and black bird dog could do no wrong, at least in Uncle Dennis’ eyes. If Frisky happened to get a little too close to a covey and the birds flew – it was because the quail of Forsythe County were extra wild and wouldn’t hold for a point. It was never Frisky’s fault, nor that of any of the other of his many setters.

When I was at Carolina, I went to Clemmons as often as I could for a weekend hunt with Uncle Dennis. Sometimes we killed a bird or two, sometimes not. But I loved walking alongside Uncle Dennis and hearing him recount stories about past coveys that he found on this or that farm and, of course, how N.C. State would fare in the upcoming ACC tournament.

Uncle Dennis was a decent shot, nothing special. For as long as I knew him, he shot a Parker sixteen-gauge side-by-side double. I shot a Browning 16-gauge auto at the time and I well remember one particular hunt. The day started miserably, with birds flying wild – really and truly flying wild. We finally got a point on a creek bottom, the birds held, and I knocked down two but they both fell in the creek and we never found them. By that afternoon, I was dragging along, ready to give it up quail hunting for good when Frisky went on point in the edge of a soybean field. She trailed a bit and I could tell that the quail were running ahead and that they would soon get in the woods and fly wild, as all the birds had done that day. With Uncle Dennis following behind the trailing dog, I hopped into the woods below them and moved quickly ahead to an opening, figuring maybe I could at least get a shot off. I was about 25 yards away when the covey got up, but I was ready and fired three quick shots. Feathers flew everywhere. Uncle Dennis and Frisky went ahead and found two birds on the ground, and then another, then another and yet another. I had killed 5 on the rise, and I was no longer dejected, but elated. That night, Uncle Dennis and I picked the birds while Aunt Elma was frying chicken and putting the finishing touches on a cherry pie. It was a delightful meal and wonderful day – punctuated, of course, with a cold can of Goldwater.

I am Jim Brewer, Editor of the new CvilleBuzz, a humble on-line attempt to entertain those, not only … END_OF_DOCUMENT_TOKEN_TO_BE_REPLACED