You are here: Home / Boomer Memories / Mom, Can I Lick the Beater? 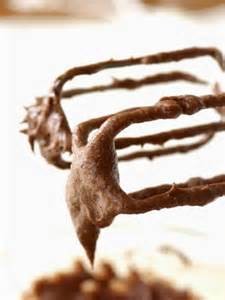 There was no such thing as fast food in the 1950’s. There were a few drive-ins, but they were anything but fast. And drive-ins were a last resort for the families of the 1950’s and early 60’s. They were pricey and folks back then didn’t have a lot of extra cash to spend. Most families ate at home every night, and for Boomers looking back at some of those great meals, who could ever complain?

Most households in that era had one wage earner, usually the dad. It was mom’s job to stay at home, raise children, keep the house neat and tidy and – most importantly – to cook.

With an entire day to plan and cook, most of the home cooked meals were fantastic – not fancy, but unbelievably good. Basics for dinner were pot roasts, stewed and fried chicken, pork roasts, beef stew, meatloaf, fresh fish if there was an angler in the family, and a steak every now and then. After all, sirloin steaks went for 59 cents a pound in those days.

Bread was a staple. It was assumed there would be bread at every meal and usually the bread du jour was homemade biscuits or homemade yeast rolls. At the very least, Boomer moms had brown and serve rolls, but there was always bread.

And there was always dessert, something sweet. What Boomer can ever forget the desserts of his or her youth, and the age-old tradition of licking the beater?

Beater-licking was usually reserved for the youngest in the household, but if there were two beaters on the mixer, the youngest two shared the honors.

Some of the staples in the dessert department of that time included coconut cake, maraschino cherry cake, German chocolate cake, angel food cake and chocolate cake with white icing.

There were some who said that licking or eating raw cake or cookie dough could cause stomach ailments and was unhealthy.

“Who cares?” declared the young batter lickers. Some things are worth the sacrifice.

Beater- and batter-licking required some unique skills, not the least of which was being able to shape your tongue in such a manner that it could squeeze though the wires and actually lick off any lingering goodies on the inside of the beater. When a young Boomer finished off a mixer beater, it didn’t need to be washed. There was not an atom of sweetness remaining.

In addition to cakes, brownie remains were a genuine delicacy as was any pudding residue.

One of the most popular TV shows of that era was Howdy Doody, sponsored by Royal Gelatin Pudding. Every afternoon, Buffalo Bob produced a bowl of his sponsor’s pudding and took a yummy bite. Daily, Boomer moms were at the grocery store stocking up on puddings – chocolate, vanilla, butterscotch and tapioca. Skimming the bowl for pudding residue was one of the highlights in the life of a child of the 50’s and 60’s.

Today, many families skip desserts and breads in order to watch their weight. There are still some homemade desserts made today, but they are usually limited to holidays and special occasions.

Too bad. For Boomer kids, every dinner was a special occasion and every mom was an Iron Chef.

I am Jim Brewer, Editor of the new CvilleBuzz, a humble on-line attempt to entertain those, not only … END_OF_DOCUMENT_TOKEN_TO_BE_REPLACED