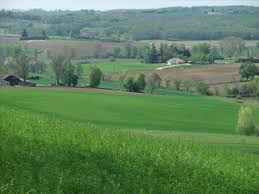 (This is the third in a series of growing up in Lewisburg, West Virginia, perhaps the greatest town and in the best time to grow up that a young man could ever ask for.)

Describing Beckley, WV as hilly would be like saying that Warren Buffet has a little money. Beckley was not “hilly”. It was a town perched among mountains. Streets went vertically, not horizontally. There was one road we called “Whee Street”. It went downhill faster than a fat joke at a Weight Watchers’ Convention. Daddy used to take our Pontiac sedan airborne when he hit the ramp going downhill on “Whee Street.” We kids loved it. Mom didn’t. Yet, I had fallen in love with all things Beckley, and then, as an eleven year old, I found myself in a small town called Lewisburg.

Grumble though I might, this was a beautiful town in beautiful country. Not long after we had moved to our house on Court Street, I joined Daddy in a walk with our two bird dogs, Rebel and Dixie, two of the finest German Shorthaired Pointers of all time. It was late summer, before hunting season. We were just giving the dogs some exercise and getting to know the countryside within a few hundred yards of our house.

The hills were gentle, swaying beauties and studded with clumps of limestone. The grass was a lush green and Angus cattle watched as our bird dogs followed up each scent that may have produced game. And they found plenty. That one afternoon, in just a couple hours, we jumped 26 rabbits that I could see. No telling how many may have got up ahead of the dogs. We also stirred a covey of young quail and Daddy immediately called off the dogs since the youngsters were barely able to fly.

Quail? Rabbits? Maybe even some squirrels within a short walk from my house? This Lewisburg place was starting to grow on me.

I always loved to fish. In Beckley, Daddy and I made almost weekly trips to what we called Water Dam, the city reservoir about 15 miles outside town. There was no reservoir in Lewisburg. There was the Greenbrier River, a clear cold stream teeming with smallmouth bass, walleye and redeyes. One of the feeder streams of the Greenbrier at Caldwell was Howard’s Creek. Brown trout lurked in Howards’s Creek as did smallmouth and bream. West of Lewisburg was a gurgling limestone spring creek called Mulligan’s Creek. I cut my teeth on trout in a pool just above the Covered Bridge on Mulligan’s Creek.

One Saturday, not long after I had moved to Lewisburg and found myself in a Boy Scout Troop, Harold Spangler’s dad led us all on a fishing expedition to Moore’s pond, a spot where I would later spend many hours, trying to lure a bass said to be the size of an Igloo Cooler into biting. I never caught Bubba, but I did land one about 14-inches.

Late that first summer I went to my first West Virginia State Fair at nearby Fairlea. Daddy had a great time talking to the pigs. Really. He could talk to pigs and they talked back. We saw cattle and rabbits and sheep and goats and all kinds of birds and animals and gorged ourselves on Ben Ellen Donuts, Corn Dogs and Spud’s Barbeque. Splendid fireworks lit up the sky at 9 PM as we made our way back to the car.

I was beginning to a liking to this beautiful town called Lewisburg.

I am Jim Brewer, Editor of the new CvilleBuzz, a humble on-line attempt to entertain those, not only … END_OF_DOCUMENT_TOKEN_TO_BE_REPLACED