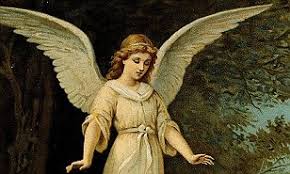 Children today don’t need a Guardian Angel. Who needs angels when you have two over-protective parents that monitor each breath, public schools that inspect your lunch bags for trans-fats and a nanny-state government that requires seat belts and helmets when a youngster pulls up a chair to the kitchen table.

But Boomers certainly needed Guardian Angels – a whole flock of them. It’s a wonder any of us made it to our 21st birthday.

First, we smoked cigarettes. We all smoked cigarettes. There was no such thing as a Surgeon General to warn us of impending doom with even a whiff of second-hand smoke. Maybe we had some Surgeon Privates or Surgeon Corporals back then, but certainly no Generals. If you had a quarter, you could buy a pack of cigarettes.

When I was 10 years old, I remember frequent bike rides to the local grocery store to buy Mom a pack of Kent’s. Once home, we kids would often sneak a few cigs from our parents’ stash and puff away until we either turned green or puked.

We also didn’t wear helmets when we rode our bikes. We just hopped on and weaved our way through traffic to get where we needed to go.

We ate sugar like there would be no more the next day. We ate it in breads, cookies, candy, bubble gum, soda pops and wherever we could find it. I don’t remember anything called a “sugar high’ back then, maybe because there was so much sugar already in our systems that a little more from a Milky Way wouldn’t hurt anything.

We ate peanut butter most every day and I can’t recall even a single kid complaining of allergies and we didn’t have a clue about gluten.

Boomer kids also had weapons of mass destruction. When I was 10, I bought a Wham-O Sling Shot that would take out a streetlight at 25 paces. We used to put small steel marbles in our sling shots and let fly, but I can’t remember a single headline stating: “Little old lady succumbs to a drive-by sling shot shooting.”

We had bows and arrows as well – real bows and real arrows with steel points. When an afternoon was otherwise boring, Freddie Arnold and I would head for a nearby field, aim our bows straight for the clouds, release our arrows and then haul ass in both often directions lest a descending projectile penetrate our thick skulls. That was probably a three-Guardian Angel endeavor, but we survived.

We carried pocketknives, owned BB guns by age 8 or 9 and sometimes took our shotguns to school if a squirrel hunt was on the agenda that afternoon.

Nobody locked their doors at night and we always knew where the car keys were. They were in the ignition. As 10- and 12-year old’s, we walked or rode our bikes to the movies at night, sometimes not coming home until 10 o’clock or later – and all this without a cell phone connection to our parents. But they knew where we were and figured we’d show up eventually, and we always did.

The Heavenly Hosts sent to watch over Boomers really earned their Guardian Angel Wings when we got our driver’s licenses.

Back then, we had cars that were built to go fast They did and we did. We left “rubber” on each takeoff out of the drive-in parking lot. When someone asked, “What will she do?” we knew.

When an Interstate Highway first opened near our house, I was surprised that the family Oldsmobile topped out at 95 mph. I figured with a V-8 it would hit 110 easy. We also drove our cars through the snow, on icy slick roads and through two-foot drifts. We did all this without seat belts and air bags.

But, really! Who needs an air bag if you have a decent Guardian Angel?

I am Jim Brewer, Editor of the new CvilleBuzz, a humble on-line attempt to entertain those, not only … END_OF_DOCUMENT_TOKEN_TO_BE_REPLACED