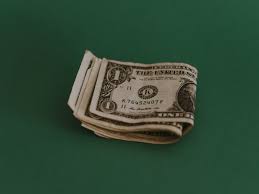 There weren’t many ways to earn money as a Boomer teenager. Allowances were meager, maybe 50c a week. This was before child labor laws, where kids were required to do things like mow the lawn, load dishwashers, tend to younger brothers and sisters and help weed the garden for a lousy 50 cents a week. Summer offered some respite with a few lawn-mowing gigs, but there was often intense competition to get that special $5 lawn of Mrs. Jones, which only took three hours to mow. In winter, it was like living in a backward nation. There just weren’t that many jobs to be had.

I was 15 when the Fairy Godmother of Jobs entered my life.

I knew the two boys, Andy and Roddy, and I knew I could take them down if they rebelled, so I said, “Sure, why not? What do I have to do?”

“Just show up,” Mom said. “Mrs. Roderick will give you instructions.

So on this special night somewhere around December of 1959, I rang the doorbell at 7 PM. Mrs. Roderick told me to get the boys in bed by eight. That was it. No dishes, no house cleaning, no nothing. Just watch TV and make sure the boys didn’t escape. As instructed, I put them down at 8, then 8:15, then 8:30, then 8:45 before they finally stayed put. I had dozed off to sleep by 11, when the Roderick’s returned.

They paid me – get this, you’re not going to believe it – 50 cents an hour! No lie! I got two, crisp one-dollar bills just for baby-sitting! This was too good to be true.

For non-Boomers who may be perusing this article, two dollars in cash money was like hitting the lottery for a teenage boy in 1960. Movies were a quarter, a box of butter popcorn was a dime, and Cokes were a nickel. You could eat lunch at Pioneer Drug Store and get a grilled cheese sandwich, a cherry Coke and a bag of potato chips for 35 cents. For an extra nickel you could get an ice cream cone. I’m telling you, earning money for baby-sitting was like stealing candy from a baby. It was a lush job.

I managed to pick up a couple more sitting jobs from the neighbors, though some didn’t pay 50 cents an hour, some just paid 35 cents, but that was okay. I had to do my homework anyway, might as soon get paid for it. Babysitting kept me out of the poor farm until I was able to secure a summer job working on a cattle farm for $24 a week. Now we’re talking really big money!

I understand it costs a little more to hire a sitter these days, assuming you can find a kid able and willing. Requisites for the job these days is Wi-Fi, a high speed Internet, a 42-inch flat screen TV and a refrigerator stocked with goodies and something like $10 an hour for services rendered.

The times, they are a ‘changing.

I am Jim Brewer, Editor of the new CvilleBuzz, a humble on-line attempt to entertain those, not only … END_OF_DOCUMENT_TOKEN_TO_BE_REPLACED