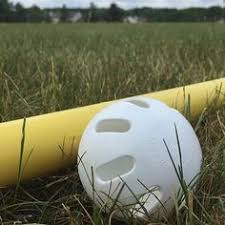 The smaller the town, the friendlier the people. I know from experience. I grew up in the small town of Lewisburg.

The very first weekend after I began classes in Lewisburg, Charlotte Detch was having a party on Friday night and invited me to attend.

I accepted, not knowing what to expect, but all the kids treated me like I was a regular. We danced and popped corn, and then they played kissing games. And this was in sixth grade. Like I said, Lewisburg was a very friendly town.

In the next few weeks, Brad Stuart, Steve Combs and some other kids stopped by and asked me to join in a wiffle ball game. After that, we played almost every afternoon.

In Lewisburg, kids didn’t have to be told to go outside and play. They had to drag us off the streets to come back to the house and eat dinner or do homework. There were no cell phones or video games. Who would waste time doing that? We played ball. It was baseball in the spring and summer, football until December and then basketball until the opening day of the Major League season.

Wiffle ball was among our favorite games because you could play with as few as four and it was fun to smash those little practice golf balls off the roof of the house. I had an ideal layout in my yard, and many games took place there. The north side of our house was left field, like the Green Monster at Fenway Park. Towering pines served as center and right field walls. Many spectacular one-hand catches were made while crashing into those pines.

Other kids joined in, including my soon-to-be super-close friends – Bill Shaver, Dave Gladwell and Mike Dawson. Bill’s Dad, Burr, ran the local music store and we stopped by daily to see if any new hits arrived – 45 records of course. Dave’s folks, Bee and Arthur, owned Bee Jewelry. Dave’s dad was also the mayor and a staunch Democrat. I was a confirmed Republican, and even as a youngster I would have spirited political discussions with Mr. Gladwell, but I never could convert him. Mike’s dad, Sgt. Dawson, was a State Trooper. He and my Dad, an FBI agent, were close friends and often worked together on cases. Sgt. Dawson was a Drill Sergeant- type, all business. I hated when I called Mike and Sgt. Dawson answered.

Besides my super-close friends, there were many other great Lewisburg friends – Harold Spangler, Herb Montgomery, Bill Satterfield, Joe Hayes, Woo Quick, Bobby Neeley, Frank Ruby, Boo Wills, Johnny Arbuckle and lots of others. Within a few months of moving, I felt as if I had lived in Lewisburg all my life. It was, after all, a friendly, little town.

I am Jim Brewer, Editor of the new CvilleBuzz, a humble on-line attempt to entertain those, not only … END_OF_DOCUMENT_TOKEN_TO_BE_REPLACED