You are here: Home / The Garden Spot / My Amazing Worms 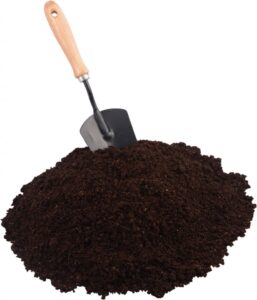 I had waited patiently until mid-March to begin my early garden – lettuce, onions and peas – and I decided to till it myself, by hand. After downing the required 3 Ibuprofen, I set out to the task. With my first plunge of the shovel, I was surprised at how easy it was. Each shovel full returned the same experience. It was almost as if the garden had already been plowed, and it had. By the worms I introduced last fall.

I had purchased 500 Red Wiggler Composting Worms from Uncle Jim’s Worm Farm intending to feed them to my frogs. But they were too fast for the frogs. I would toss one on a lily pad and before the frogs could react, the worms were gone.
These red wigglers aren’t like ordinary worms. They are lightning quick and very aggressive in their travels. A pound of these composting worms can turn a pound of leaves, grass clippings or even household garbage into a pound of top quality, high-grade manure in just 24 hours. A single worm will eat and digest its body weight every single day and the bed of castings they leave in their wake is known as “black gold”, the highest-grade fertilizer available, period. They naturally disperse throughout the garden, tilling as they go in a process called vermicomposting. And they multiply, doubling their population every 90 days. Unlike nightcrawlers that go deep in the soil, the worms work near the surface loosening the topsoil and aerating it. They had blitzed through my garden and did the plowing for me.

The soil crumbled in my hand like sand, not the mummified clay of the past. I was beyond pleased. The worms came from a commercial worm grower called Uncle Jim’s Worm Farm out of New Salem, Pennsylvania. Check them out on-line and consider this process of vermicomposting. It really works.

I am Jim Brewer, Editor of the new CvilleBuzz, a humble on-line attempt to entertain those, not only … END_OF_DOCUMENT_TOKEN_TO_BE_REPLACED