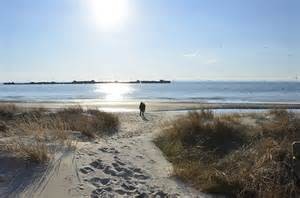 The Ham family – Brent, Angelin, Ben, Brendan and Berkley – spent last week at Cherrystone Campground on the Eastern Shore, doing a little “tourist fishing.” The Greensboro family had lots of fun and caught a bunch of fish. Fishing near Cape Charles in a small boat, the Carolina crew caught flounder, spot, croakers, grey trout, speckled trout, puppy drum, hogfish, whiting, puffer fish, pin fish and sea robins. Rather than anchoring, Capt. Brent drifted along with cut bait bouncing off the bottom. When he found a good spot, he returned and drifted again. The weather was most cooperative and there weren’t a lot of boats or other tourists until Saturday.

The family also caught a lot of crabs, but most were pregnant females, which were returned to the water. A mature female crab can have as many as a million eggs, so the abundance of pregnant sooks bodes well for the future.

Chis Bait & Tackle at Kiptopeke had this Eastern Shore Report for other tourists. Flounder are at the 4th island and High Rise. Best croaker action is Buoy 262 as well as out of Oyster. Cobia are reported at Buoys 16, 13 and 36 in 18 to 22 feet. Lattimer Shoals anglers, using shrimp, are boating good numbers of sea mullet. Spadefish are at the 4th Island CBBT, Chesapeake Light, the High Rise and Plantation Light. Red drum are patrolling the middle Grounds and Barrier Islands. Grey trout are hanging around the Concrete Ships and biting Sting Silvers.

Flounder fishing is good – if you are in the right spot. Good catches are being made at the CBBT. Some very impressive catches are coming from around most of the coastal wrecks. The Tower Reef area has been a very good flounder producer. Flatfish continue to be caught in the bay are places like Hampton Bar, Bluefish Rock, Back River Reef, Deadman’s Hill, in the York River, and at 36A.

Cobia fishing remains excellent with double-digit catches not being uncommon. Most of the fish are in the 40-something inch range with smaller and larger cobia also being caught. Both sight fishing and chumming are effective methods and more and more fish are being picked up off of the buoys. Boats looking for cobia along the oceanfront and near the mouth of the bay are also finding schools of big red drum and some large jack crevalle.

Amberjack around the southern towers are a sure bet. Some have been caught over wrecks closer to home and the Chesapeake Light Tower would be a possibility if you can get there when there are no divers or a fleet fishing for spadefish. Spadefish are at the Light Tower and over the structures of the Tower Reef. They can be found over most of the inshore wrecks and at the CBBT, where you will also find big sheepshead.

Spanish mackerel fishing is good along the oceanfront with small bluefish in the mix. Both are also being caught throughout the lower bay. Some big king mackerel have also been caught along the oceanfront. For a real challenge, you can go chase tarpon on the Eastern Shore.

Some nice dolphin catches have been made in as close in as 20 miles off of the beach. A bit further, places like the Hot Dog, 26 Mile Hill, and even the Triangle Reef area are producing dolphin about as well as the offshore areas. There have been some bluefin tuna and plenty of false albacore on the inshore hills. Out closer to 100 fathoms, there are some yellowfin tuna around, but not really in numbers that you can rely on. Some wahoo are being caught and dolphin are out there too. The best bet remains the billfish bite where the catch is mostly white marlin, but there are decent numbers of blue marlin around and an occasional sailfish.

For the most sure thing, go shark fishing. It does not matter where. They are everywhere.

The blue water fleet out of Pirate’s Cove had an assortment of fish in their catches on Wednesday, ranging from spearfish to wahoo to Mahi and marlin. There were 3 white and 4 blue marlin releases. A wreck fishing trip brought back a boatload of triggerfish while the near shore fleet had good catches of bluefish, amberjack, Mahi, mackerel, red drum, king mackerel, spot, flounder, and sea mullet. The Inlet boat had a nice catch of amberjack.

Red Drum & Tackle reported that Ramp 49 produced croakers and blow toads. Ramp 44 had one 27-inch puppy drum, plus sea mullet and croakers. Avon anglers beached sea mullet, croakers and spot. The Inshore boats had a good bite on puppy drum on Tuesday. On Wednesday, it was Spanish and blues on lures early in the morning around the jetties. Sea mullet, croakers, and some small pompano were caught up and down the beaches. Looks like a change in winds this week, which should get fish stirred up.

Capt. Dave Wilson reports. On 7-21, Mike and the guys said they didn’t care about the 25-knot sou’wester. They wanted to go fishing! It was as rough as I expected, certainly fishable, but pretty “snatchy”. However, we scraped out a nice catch of dolphin, including a handful of gaffers. We missed our one wahoo bite and had a couple of unsuccessful billfish encounters. At the end of the day, everybody was happy!

On July 22, we caught one out of four wahoo bites, and I found three “mega schools” of dolphin, but they were completely uncooperative. Fortunately, a few of them were dumb enough to bite. There was some wahoo action further to the east.

I am Jim Brewer, Editor of the new CvilleBuzz, a humble on-line attempt to entertain those, not only … END_OF_DOCUMENT_TOKEN_TO_BE_REPLACED