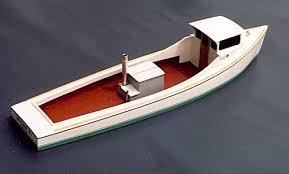 It all started with the arrival of the American Indians.

The Nimcocks were the first to settle along the shores of the Chesapeake around 1,000 BC, farming and fishing. The built their huts within fenced villages to ward off attack. It may well have been the first gated community in America. In 1607, Captain John Smith sailed into the Chesapeake watershed. It is said that The Good Captain was stung by a stingray as he waded ashore. Stingray Point, near Deltaville, was named in his honor.

Around 1650, an Englishman named Ralph Wormely planted several thousand acres on the land the Nimcocks had first cultivated. Other landowners soon joined in with sprawling plantations along Virginia’s tidal rivers,

Urbanna was established in 1680. The King of England saw his coffers beginning to fill with receipts from the blossoming tobacco trade in the colonies and Urbanna would help the English better regulate the new industry. Even today, Urbanna has several buildings reflecting that past, including the Tobacco Custom House, now a private residence. The word Urbanna, by the way, means “City of Anne” named in honor of England’s Queen Anne.

Through the years, the oyster industry also helped boost the economy of Urbanna and her neighbors in Middlesex County. Oystermen from as far away as New York and Connecticut came to Urbanna in the winter months to tong and harvest the delicious bi-valves. As a result, shipbuilding played an important role in the local economy as artisans constructed the highly desirable dead-rise and cross-planked boats. Nearby Deltaville became know as the Boating Capital of the Chesapeake Bay. Christ Church was established in 1666. The historic church and museum exists today. Up the road at Saluda, the county seat at Middlesex, court cases were tried as far back as 1673.

Urbanna. Historical, beautiful, quiet and peaceful Urbanna. That is, until the first Friday in November. Then, it’s a zoo.

On the Road to Sunset Beach

I am Jim Brewer, Editor of the new CvilleBuzz, a humble on-line attempt to entertain those, not only … END_OF_DOCUMENT_TOKEN_TO_BE_REPLACED