You are here: Home / Road Trips / How To Get There 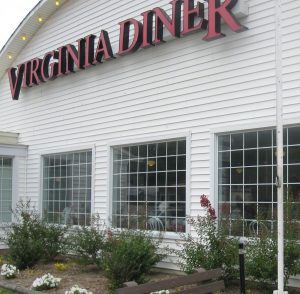 The best way to get to the Outer Banks is to hop in a twin engine Cessna at the Charlottesville Albemarle Regional Airport and touch down in Manteo about 45 minutes later. The next best way is to avoid I-64 from Richmond to Hampton Roads and take Rt. 460 from Petersburg to Sussex, then over to Great Bridge. It takes maybe a little longer – depending on traffic – but you don’t have to contend with coming to a complete stop in the middle of the interstate below Williamsburg for no apparent reason and then languishing in stop-and-go traffic behind 5 miles of backed up cars at Hampton Roads.

In Waverly, about 10 miles south of Petersburg, you’ll pass by a restaurant called Cowling’s. But if you like BBQ, don’t pass this place by. It’s probably the best BBQ in Virginia. It’s Eastern NC style ‘Que – whole hog pork cooked with lots of chunky tidbits and exploding in flavor. If you have a cooler with a little spare room, buy some extra and take it to the Outer Banks. It’s really, really good barbeque.

The Virginia Diner – one of Virginia’s most storied restaurants – is in Wakefield, about 30 miles south of Petersburg. The place opened in a railroad car in 1929 as a stopover for hungry travelers along a dusty highway. They must have done something right because – nearly 100 years later – the Virginia Diner shuffles hundreds and hundreds of guests through their dining rooms each day.

We love their buffet, not so much for the quantity of food that we could eat, but for the compelling variety – everything from BBQ to fried fish to sweet collard greens and peach cobbler. It’s also a quick in-and-out stop if you go through the buffet, saving valuable time on the road. But the main reason to stop at the Virginia Diner is for their fried chicken – “It don’t get no better!”

When you finish, if you have room, their Peanut Pie (like Pecan Pie only with peanuts) is world famous. When we were there Sunday, we enjoyed watching a lady work on a piece of Apple Pie A’ La Mode and thought she may have an orgasm on the spot. She was really into that pie and ice cream.

Once you pass around Suffolk and find your way onto Highway 168 leading to the Outer Banks, there is another good spot to stop for a bite – the Southland Restaurant just across the NC/VA border. They offer an excellent buffet with Fried Chicken, BBQ, Country Ham and all the fixing’s. Nice gift shop, too, and groceries if you need any. Two things I buy there, or at the beach, are Scott’s Barbeque Sauce and Spencer’s sausage.

Scott’s sauce is the real McCoy, made in Goldsboro, NC. It is super good on ribs or as a seasoning for pork barbeque or chicken. There is no sweet catsup involved, just vinegar, red pepper and spices. Spencer’s sausage is another product made in Eastern North Carolina. It’s home-style ground sausage and spicy hot. I always bring home a pound or two when I find it.

Southland is well worth a stop on your way to or from the Outer Banks.

The Varsity: What’ll Ya Have?

I am Jim Brewer, Editor of the new CvilleBuzz, a humble on-line attempt to entertain those, not only … END_OF_DOCUMENT_TOKEN_TO_BE_REPLACED