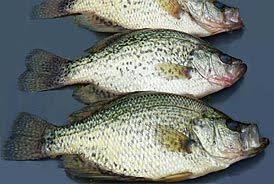 Art Conway of Conway’s River Rat Guide Service (804-514-1486) out of Ed Allen’s Boats and Bait reported that Chickahominy Lake mid-day water temperatures were in the high 40’s to low 50’s in the main lake and in the major creeks on Wednesday.

Get out now! Fish slowly, but shallow. A variety of presentations will work in different river locations, based on clarity and water temperature. Water temperature is holding steady as mild weather is keeping water in the mid to upper 40s. Warm discharge areas like Blue Plains, Four Mile Run, and Possum Point are great spots to use suspending Lucky Craft Pointer 78 jerkbaits. Tie to 12-pound test Gamma Edge fluorocarbon on Quantum Vapor casting reels and make long casts. Short taps and long pauses are working. Fish are still on main river shallow cover, moving toward deeper out of the current winter bays. Try 3/8-ounce Mann’s Classic spinnerbaits on with 12-pound Edge. Cast and slowly crawl and allow the bait to flutter when deflecting off wood or snapping out of grass. Fish are in winter bays on drops, 4 feet and deeper. Silver Buddy, 1/2 ounce silver, tied to 12 pound Edge can be cast to or parallel to drops and burped slightly off the bottom.

A few largemouth bass are being taken in the tidal sections of the river by patient anglers fishing live minnows and jig ‘n pig baits. The steeper dropping banks are holding the fish, although some nice fish are coming from the blowdowns along the shore. Above the city, smallmouth bass are also taking live minnows and crayfish, fished in the deeper holes in the river. Catfish are still taking cut baits, fished in the outside bends of the river channel.

Most of the angling success is coming downlake, around dyke three and the deeper points close to the dam. Small bass are around points and islands, in 12-15 feet of water. Larger fish are holding in deeper water. Jumbo minnows, Shakey Heads, jig ‘n pig and Silver Buddies are the most popular baits. The upper end of the lake, above the 208 Bridge is lightly stained, while downlake, the water is clear. Crappie anglers are finding fish around the concrete bridge pilings, suspended in 20-30 feet of water. Striper fishermen are having some success around the 208 Bridge and the channel dropoffs around the mouth of Contrary Creek, primarily early and late in the day. Best baits are live shad, jumbo minnows and Storm swim baits.

Lots of smallmouth bass are being caught above the city. Live minnows and crayfish are the better baits. Below the city, lots of crappie are being caught in the barge pits and along the steeper dropping shorelines. Brushpiles are the attraction and these should be worked well with small minnows and jigs. Large blue catfish are being caught consistently by anglers in the Dutch Gap area. Cut shad baits, fished on the bottom, near the warm water discharge from the power plant, are taking the 30 plus pound fish. Lots of 10 pound gar are also being caught in the same area on cut bait.

Crappie and yellow perch are the main attractions here. Although bass are being caught by skilled and patient anglers, most of the fishermen are after panfish. The mouths of feeder creeks and the steeper dropping banks in the backs of the larger creeks are the holding areas for largemouth bass. Crappie and yellow perch are holding on wood structure in 10-15 feet of water. Live minnows, small grubs, and jigs are the ticket for the panfish, while live minnows, small grubs and jig ‘n pig baits will take the bass.

Striper action is hot in the main lake around the mouth of Pea Hill Creek. Large schools of surface-feeding fish are marauding through the shad schools early and late in the day. Plenty of stripers in the 10-20 pound class are taking live minnows, shad, and bucktails on the main lake dropoffs.

Striper action is hot. Lots of 8-10 pound fish being caught daily, with a few over 20 pounds. Surface lures worked early and late in the day and live shad at other times are taking fish. Most of the fish are holding at the 20-25 foot mark during the day, but are coming up to feed on the surface in the backs of coves at dawn and dusk.

A few diehards are catching some fish in the lake, but the majority of the action is located on the Smith River, below the dam. Lots of trout are being caught, along with walleye.

I am Jim Brewer, Editor of the new CvilleBuzz, a humble on-line attempt to entertain those, not only … END_OF_DOCUMENT_TOKEN_TO_BE_REPLACED