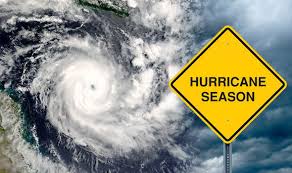 We were in the midst of some super saltwater action all the way from Chincoteague to Hatteras when Miss Florence decided to visit. Now, anglers along the Carolina coasts are just praying they’ll still have boats and cottages when the dust settles.

Sadly, the first major blow generally signals the end of the billfish season, and Florence was a major blow. Marlin and sailfish say “Enough of this crap” and head south. Likely, the cobia will too.

But there is always a silver lining to every saltwater cloud and that is following a big storm, the sand and water is turned over and game fish go on the feed – especially stripers, specks and puppy drum. So when Florence finally vacates the premises, pick up some live eels for striper fishing or rig up some GULP jigs, head for the coast and put a few specks and pups in the cooler.

The rivers will likely be high and muddy this weekend, but the big lakes may be fishable. Anna, Smith Mountain and Buggs have been improving as bass and crappie move closer to shore. Striper action is also picking up as the water cools and bait begins to bunch up. There is a lot of bait in the backs of coves now, so try there.

The lake will likely be a little stained this weekend, but Darryl Kennedy at Angler’s Landing says that bass and crappie are chasing the schooling shad. Catfishing, Darryl says, is very good and a few walleye are finding their way into fishing coolers.

Trout action has been nil in the past few weeks, but rising water levels and dropping temperatures could trigger a nice bite in the coming weeks. Yellow perch action at the mouths of coves should also be picking up.

Our mountain trout streams are getting another infusion of fresh water in the hurricane’s aftermath. Condition-wise, this has been the best year for trout fishing and water levels in recent memory. When things settle down, head for the mountains. Also, fall trout stocking should get underway very soon.

The Cobia are Here!

I am Jim Brewer, Editor of the new CvilleBuzz, a humble on-line attempt to entertain those, not only … END_OF_DOCUMENT_TOKEN_TO_BE_REPLACED