You are here: Home / Outdoor Report / Fish Turning On 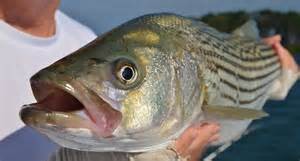 The best bite of the entire year in fresh water often comes with the first few downward ticks of the thermometer. Instincts tell fish that their meals could be few and far between when winter arrives if for no other reason than it’s just too cold to chase bait. So don’t put those rods and reels away just yet. Lots of fish are biting!

There is lots of striper action on Redfins and Rat-L-Traps. Most of the fish are running 2-5 pounds, with an occasional 9-10 pounder. Bass action is good upriver, with lots of bass being caught on spinnerbaits and plastic worms, at the mouths of creeks. Crappie and bream are taking live minnows and worms. Yellow perch and catfish are active.

Smallmouth bass and large sunfish are taking live minnows, small crankbaits and in-line spinners with gusto in pools below the riffles. Some anglers are taking 25 or more smallmouth bass per day, but fishing pressure is light.

Water temperatures have dropped to the mid- and upper-70s. Bass and crappie are moving shallow feeding up on baitfish. Bass can be caught on topwater in lowlight periods and plastics and live bait during midday. Crappie are being caught on small minnows and jigs. A little deeper water – 8 to 10 feet – seems to be the ticket. Catfish are being hitting chicken livers and live bait. A few walleye have been caught on nightcrawlers and minnows worked along rocky areas down lake

Morning high tides can still offer good topwater action, but be ready to make the move to go a bit deeper.

Capt. Steve Chaconas is a guide on the Potomac River info@nationalbass.com

Not many fishermen are on the water, but the smallmouth bass are hungry and active. Below the city, tidal sections are producing fair action for bass anglers. Striper anglers are taking good catches of fish around Port Royal. Cut eel baits are producing a few catfish to 30 pounds, both above and below the Route 301 Bridge.

Above the city, smallmouth bass are taking plastic grubs in smoke and pumpkinseed colors, in the deeper holes. Tidal sections of the river are still producing a few large blue catfish to 45 pounds. Stripers are active in the river, primarily taking crankbaits around tidal rips on pilings and other structure. Crappie, to two pounds, are taking live minnows and tiny jigs around brush piles and other cover in the Dutch Gap area.

The water level is at 297 feet and stable. Striper fishing is good, with most fish being caught from Buoy 10 to Clarksville. Live bait is the preferred method. Below the dam, stripers and catfish are being caught. Bass fishing is good with most fish taken in the back of creeks and coves on Rat-L-Traps, small spinnerbaits and plastic grubs. Crappie action is also good with minnows fished on wood structures in 6-10 feet of water or submerged brush piles in 9-10 feet of water.

Bass are hitting shad-colored crankbaits and small spinnerbaits around the baitfish schools in the creeks and coves. Small topwater lures are taking fish in the lower end of the lake, around the islands. Stripers are starting to move upriver, with good numbers being caught on live shad suspended at 15-20 feet.

The few anglers fishing are scoring with smallmouth bass, yellow perch and crappie. Some smaller trout to 15 inches are being caught.

Smallmouth bass are turning on. Small topwaters and plastic grubs are the ticket. Catfish action is fair.

No Bluegill Left Behind

I am Jim Brewer, Editor of the new CvilleBuzz, a humble on-line attempt to entertain those, not only … END_OF_DOCUMENT_TOKEN_TO_BE_REPLACED