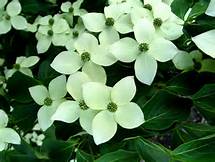 The dogwoods are blooming, which means that drum should be here. I have already heard rumors of black drum being caught and I have seen photos of small sheepshead caught in crab pots.

Big red drum are being caught out of the Hatteras surf. Our run usually begins within a couple of weeks of the bite beginning down there. The full moon of April is the time when Eastern Shore surf fishermen get serious. It will be on the 11th this year. The drum run will be on soon.

Tautog are active on structures in the bay and on the coastal wrecks. The further offshore wrecks are loaded with sea bass, which must be released. Offshore bottom fishermen are catching tilefish but are still dealing with a lot of spiny dogfish and an abundance of sea bass. The horn dogs will be moving out soon but the sea bass will remain a problem until that season opens.

The wind has been the most persistent fishing story. That and the return of winter-like temperatures have severely limited fishing activity. When boats can get out, Bluefin tuna have generated most of the excitement. Boats fishing out of Oregon Inlet are catching Bluefin tuna in the 250 to over 500 pound range. Yellowfin tuna are also available. Blackfin tuna can be jigged up out of Hatteras. Weather has even hampered fishing from the shore but there have been some red drum pulled from the surf at Hatteras.

Virginia’s 2017 Cobia Regulations have been established. The season will begin June 1 and will be open through September 15. Anglers will be allowed 1-fish per person per day with a minimum total length of 40 inches. There is a maximum vessel limit of 3-fish per vessel per day and only one of those fish may be greater than 50 inches in length. Using a gaff to land cobia is prohibited.

The changes from last year are a later opening and a later closing. The vessel limit was increased by 1. Another change this year is that a cobia permit must be obtained and there is mandatory reporting required. The permit is free but if you get one, you must file a report. This can be done online or by paper. All cobia catches must be reported. If by the end of the season, you have not caught any cobia, you must report that also. Anyone with a permit who does not report will not be allowed into the fishery the following year.

There are now three recreational fisheries that have special permits required along with mandatory reporting. All of the permits are free and they are being modified to be similar to each other and the reporting requirements are being made easier for anglers. They each will now have the same consequence of failure to report: no permit the following year.

In addition to the Cobia Permit, there is a Tilefish/Grouper Permit and a Spring Trophy Striped Bass Permit. This last one causes a little confusion. It is only required for the Spring Trophy Season which will begin on May 1. This season continues through June 15, which overlaps some with the bay spring season (smaller fish). These trophy fish have a minimum size of 36 inches. So, this Spring Trophy Permit is only needed if you are fishing for striped bass 36 inches or greater from May 1 through June 15. Each of these Trophy catches must be reported but you do not need to report smaller striped bass or any big fish caught outside of this special Spring Trophy Season. If you have a permit and do not land any Spring Trophy (36 inches or greater) striped by the end of the season, you must report that.

Angler’s Landing, the Marina at Lake Orange, is open for the season and the fish are biting. Darrell Kennedy says the water temperature is around 52 degrees. The lake is clear with fish on the move, heading to their respective spawning areas.

Anglers Landing rents boats and electric motors and stocks tackle and bait. Pay them a visit soon and catch some fish.

Capt. Art Conway of Conway’s River Rat Guide Service (804-746-2475) out of Ed Allen’s Boats and Bait reported that Chickahominy Lake mid-day water temperatures were in the low 60’s in the main lake and mid 60’s in the major creeks on Wednesday.

After the warmer than normal late winter, then a blast of cold air, and an up-and-down weather pattern late week, things are settling down. Fish are shallow and the grass is growing. The water temperature is back to the 50-60 degree range.

Speed is the key. Fish are willing to take a variety of baits at slower speeds. As the water warms they will take baits aggressively, until then, focus on setting the hook on light bites. Lucky Craft LV RTO 150 red patterns on 12 pound test GAMMA EDGE Fluorocarbon line is perfect for snapping free from grass and to set the hook on longer casts. Slowly crawl the bait over grass with the rod slightly above horizontal. A lift and pause allows fish to take the bait. Vary presentations to trigger strikes with more erratic action. Also try suspending Lucky Craft Pointer 78 in clown pattern with higher water over grass on 12-pound Edge.

A drop shot is also pretty good to use. GAMMA Torque braid with 10 pound Edge leader tied to a 2/0 Mustad Mega Bite hook. Use a 3/16-ounce Water Gremlin Bullshit weight to come through grass easier. Mizmo Doodle worms soaked in Jack’s Juice garlic bait spray. Use a 7-foot medium heavy Quantum Smoke rod with the faster Smoke reel. Reel, feel and pull to set the hook. Pitch to open areas in the grass or cast along edges.

I am Jim Brewer, Editor of the new CvilleBuzz, a humble on-line attempt to entertain those, not only … END_OF_DOCUMENT_TOKEN_TO_BE_REPLACED