You are here: Home / Neat Stuff / Never a “Duh” Moment 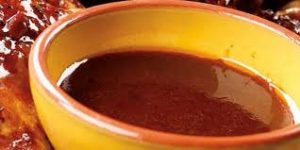 Ever have a “Duh” moment?

You know, when it finally dawns on you that you have been doing something really dumb for years and didn’t realize it?
Yeah, me too. Happened just this week.

I have been barbequing chicken to various states of doneness and burned-ness for 50 years. You’d figure I have it down pat – to a science, Nope. Just this week I figured it out.

One of the keys of barbequed chicken is the sauce. Mine is always vinegar-based but I probably have never used the same proportions twice. It varies from batch to batch, but if it’s vinegar based, it’s going to be good.

Recently I have been using Charlie Mills Barbeque Sauce Dry Mix. I add a tablespoon or two to a small jar of vinegar, add some water, shake it up and pour it on. Charlie Mills makes a dry mix with all the right stuff – peppers, spices and such. He’s been at it for over 50 years and he’s got it down to a Carolina science. You can get Charlie Mills mix most anywhere in North Carolina, but Virginians need to go on-line to agrisupply.com to order. It’s worth the effort.

Anyway, last Monday night I barbequed a few chicken thighs for me and Nancy.

I basted the chicken with the sauce while cooking, then brought it in when golden brown and juicy. As I went to retrieve the vinegar/sauce bottle, it dawned on me.

Why not serve the sauce in a dipping bowl rather than pour it on the chicken and make everything on my plate Carolina-style?
I did.

I poured a little sauce in a dipping bowl and when I cut a piece of chicken, I dipped it in the sauce and ate it. The chicken got all the sauce while my cottage cheese stayed dry.

Such a simple thing. A dipping bowl for Carolina barbeque sauce. Why didn’t I ever think of this before?
Duh!

I am Jim Brewer, Editor of the new CvilleBuzz, a humble on-line attempt to entertain those, not only … END_OF_DOCUMENT_TOKEN_TO_BE_REPLACED