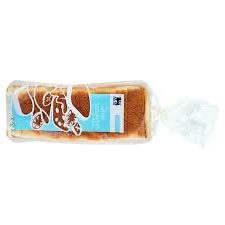 The day I thought the governor might just close down all the grocery stores, I made a blitz through Food Lion and bought a grocery cart load of what I thought I would need in the coming weeks. As I passed by the bread aisle, I picked up two loaves of Food Lion White Sandwich Bread and stuck them in the freezer that evening.

Fortunately, the grocery stores remained open, and I didn’t really need all those emergency supplies.

But… a few weeks later, I found myself with no fresh bread in the house. Rather than having to make a run to Kroger’s, I remembered the bread in the freezer. It would do in a pinch, so I thawed out a loaf and made myself a sandwich. The bread was amazingly good and not a bit tainted by its confinement to the freezer. It was, in fact, astonishingly fresh tasting. And it stayed that way until I had eaten the last slice. Later, I thawed the second loaf and it was just as good.

I usually (like never) buy off-brand bread. I go for the known labels like Pepperidge Farm, Sara Lee or Wonder Bread, but maybe not anymore. The Food Lion Sandwich Bread costs $1.99 and I actually prefer it to the others. I try to watch my bread calories, and this fits the bill – just 120 calories for two slices, and I can deal with that.

I don’t know which baker Food Lion uses, but this bread is delicious – maybe the greatest thing since – ta da – sliced bread

I am Jim Brewer, Editor of the new CvilleBuzz, a humble on-line attempt to entertain those, not only … END_OF_DOCUMENT_TOKEN_TO_BE_REPLACED