You are here: Home / Neat Stuff / Choose Plaice Instead of Flounder 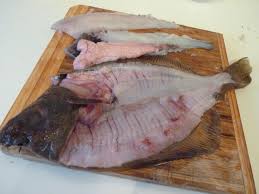 I went to my local fishmonger, Whole Foods, this week. They haven’t had flounder in a while and I was looking for alternatives. The clerk recommend a fish called Plaice (pronounced place) and said it was very much like flounder, so I bought 4 filets. It was fresh, not previously frozen, I fried it up and it was as good as advertised. Delicious.

They catch Plaice off the coast of Canada, Alaska and Europe. Some say the fish is overfished, but Canada says not.

It is a white, delicate fish, not overly fishy in taste and the pictures look exactly like our flounder.

I have because leery of Tilapia because you never know where they come from, how they were raised. In some of the countries that farm raise Tilapia, you wouldn’t want to know what they put in the ponds.

Until I hear further that Plaice are threatened, I’ll continue to buy them until they start catching flounder again, probably March. Plaice – if you enjoy flounder, give it a try.

I am Jim Brewer, Editor of the new CvilleBuzz, a humble on-line attempt to entertain those, not only … END_OF_DOCUMENT_TOKEN_TO_BE_REPLACED