You are here: Home / Local Business / Madison Motors: For the Best Deal 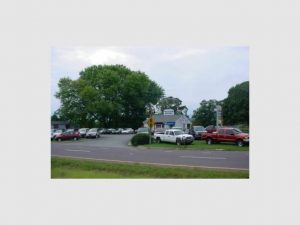 Have you checked car prices recently? The used car business may be hotter than real estate at this point. That’s because car companies cut down on production for rental cars last year and now the inventory is super low.

Recently, however, we happened upon a really good deal on a newer van for Nancy B’s House of Lights. The old van, a 2000 model with 145,000 miles, was still trucking about town, delivering lights, but a newer one would be nice, and one with less mileage. So we bought the newer van and now we owned two vans.

Selling a used car can be a hassle. You always worry about a stranger trying to rip you off or even steal your car. And what price should you ask? The so-called Blue Book has auction, wholesale and retail prices, so which one would you pick. If you sell to a friend and something goes wrong, that’s bad news.

Someone suggested taking the van to Car-Max, that they offered good prices and would buy cars in most any condition. I did and they made a cash offer, which sounded low to me.

Then, I called Dwight Foster at Madison Motors. I was delighted with the Jeep Liberty I bought there and he had been most professional and courteous. Dwight asked me a few questions, then said right up front what he would ask for the van on his lot. He then made me an offer over the phone that would allow some profit for him, but one that was $800 more than Car-Max.

Not everyone wants or can afford a high dollar used car – one of those low mileage beauties with a price tag just below a new car. The big companies generally don’t fool with anything below $10,000, and prefer to sell automobiles at $20,000 to $30,000. Some of their trucks are fifty-grand.

But Madison Motors deals in less expensive cars, trucks and vans. They pay fair prices and give good trade in allowances to their customers, then Dwight thoroughly inspects each vehicle before he offers it on his lot and then stands behind each car.

I am Jim Brewer, Editor of the new CvilleBuzz, a humble on-line attempt to entertain those, not only … END_OF_DOCUMENT_TOKEN_TO_BE_REPLACED