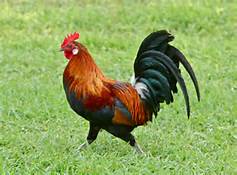 Frequent contributor, Sherman Shifflett, is writing a book about his father, Harvey Shifflett. Below are a few excerpts from his upcoming book.

Dad kept an inordinate number of roosters. One day mom asked him why he kept so many roosters. He replied, “I don’t want the hens to suffer.”

When Dad went to bed, the entire family had to turn in. One night I told him, “You’re making us go to bed with the chickens.”

His reply? “Maybe so, but you don’t get up with them”.

Dad worked at various orchards and farms near Covesville. When it came time to pack up and move to another farm, we had a large flock of chickens. We had to catch them, tie their legs together and throw them on the back of the truck. We did not use a crate

Finally, a neighbor suggested to dad that it would be a lot easier to transport the chickens in a crate instead of chasing them down individually. Dad thought for a moment and said, “That’s not a problem anymore. We’ve moved so much that when a large truck backs up into the yard, all the chickens fly up on the truck, plop down and cross their legs, waiting to have them tied.

A neighbor once asked dad why he had so many children. Dad pondered the question and answered: “That’s the only way I know to keep the youngest child from being spoiled”.

Dad returned from a neighbor’s house one night where he had his hair cut, but I use that term loosely. The barber in question had nearly

scalped my dad. He had skinned him around the sides and gapped up what was left on top.

Despite the scalp job, dad did not appear to be too upset. Mom was though and asked what happened?

“I know you did not ask for a hair cut like that.”

Another time dad went to a barber and was asked how he wanted his hair cut.  Dad said, “Cut the left sideburn two-inches shorter than the right. Thin out the hair on the left side, but not on the right side. Shave around one ear but not the other and cut gaps in the back of my head”

The barber explained, “I’m not sure I can cut it like that.”

Dad said when he was a young man growing up in the mountains, they had a bad drought one summer. The grass turned brown, crops withered up and

Laughter is the best medicine.

I am Jim Brewer, Editor of the new CvilleBuzz, a humble on-line attempt to entertain those, not only … END_OF_DOCUMENT_TOKEN_TO_BE_REPLACED