You are here: Home / Conservation / Mosquito Plants: They Work 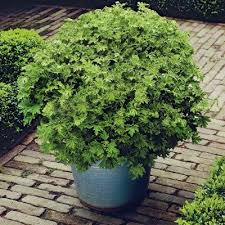 It really bothers me to see all these signs saying their yards have been mosquito-proofed  with poison. I seems to me that if you poison mosquitos, you poison beneficial insects that birds feed on. I don’t want more poison in my yard, I want less, but I absolutely don’t want mosquitos biting my grandchildren or backyard guests. Last year, Nancy bought a couple mosquito plants, potted them and put one on our front porch and the other in the back yard near our lawn chairs. They have worked – no mosquitos in those immediate areas.

The mosquito plant is really citronella with a strong fragrance that mosquitos find highly objectionable. The plant has a grassy appearance and is fairly drought resistance. It likes afternoon shade and rich soil. If you plant it in the ground it will die with the first frost, but if you put it in a pot, you can move it to where it’s most needed and you can bring it indoors for the winter, if you’d like.

My brother, Charlie and his wife Marsha called me last weekend with an interesting story about the mosquito plant on their back porch at Lake Norman. Charlie saw what appeared was a make-shift bird nest on the plant, then happened to see a very small bird fly beneath the plant and not come out. He called, asking my thoughts.

I told him it was obviously a wren, probably a Carolina wren. The make-shift nest was a haphazard attempt by the male to attract his mate. A female wren will inspect the proposed nesting sites, find one she likes, discard the male’s handiwork and build a real nest.

Wrens, typically, aren’t particular about where they build nests – in flowerpots, exterior light fixtures, mailboxes, backpacks hanging on a peg in the garage – anywhere. The female wren obviously liked the citronella plant and is probably warming her eggs as we speak.

How can you go wrong?

I am Jim Brewer, Editor of the new CvilleBuzz, a humble on-line attempt to entertain those, not only … END_OF_DOCUMENT_TOKEN_TO_BE_REPLACED