You are here: Home / Chuckles / Life On The Amazon 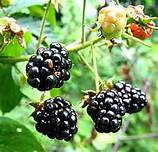 My hunting pants had met their match in a spirited contest with a blackberry thicket on the last day of rabbit season. There was big tear across the right front leg and a 12-inch rip in the back seat.

Unfortunately, the rip in the seat had nothing to do with the blackberry thicket, but more to do with too many blackberry pie servings throughout the year. I not only tore my hunting pants, but I had outgrown them by three belt notches and split them wide open when I bent to feed the dogs. So I needed a new pair of hunting trousers.

With the fall season approaching, I checked out both of the mart stores in town as well as a pair of big box sporting goods stores, but to no avail. All they had was a bunch of camo fleece stuff that was waterproof, wind proof, odor resistant and invisible to deer, bear, turkeys and game wardens. I didn’t need to be invisible. I needed a pair of hunting pants that would withstand brier patches and ones without rips in the legs and a busted seat.

“Go on line,” my wife suggested. “You can find anything on line.”

Finding stuff on line has never been a problem for me. It’s the actual buying of things once I’ve located them that has caused difficulty.

But when it comes to electronics and computers, I am as brain dead as a zombie. On my computer, across the top, there are signs and graphics, which may as well be in Chinese cursive. I have no idea what they mean or stand for, as I can barely turn my laptop on and off. But I needed hunting pants. so I went on line.

After punching and clicking my way across cyberspace, I found myself in touch with a site called Amazon. They must be a pretty big operation. They

have their own river.

So I typed in hunting pants and the site responded: “Do you mean camo fleece hunting pants that are waterproof, wind proof, odor resistant and invisible to deer, bear, turkeys and game wardens?”

“What size do you wear?” the Amazonian asked.

I typed in my waist size.

“Are you serious?” the site responded. “Sounds like you ate too much pie last year.”

I ignored the snide comments, clicked on my size and ordered one pair.

“What is your password?” the site wanted to know.

“What do you want it to be?” I snapped back.

“We need your password, or we won’t sell you those huge-waisted hunting pants.”

“I don’t know what my password is,” I typed.

“If you don’t know your password, then tell us who the last man your mother kissed before she married your dad,” insisted the nosey Amazonian.

“How should I know? I wasn’t even born then!”

“We need some kind of security code to be able to place this order,” the screen read. “If you can tell us who won the batting title in the National League in 1946, we’ll ship you the pants.”

Ultimately, the Amazonians relented, proceeded me to the checkout station, gobbled up my credit card numbers and sent a new pair of hunting pants. Some wise guy in the shipping department circled the waist size in red ink and scribbled in LOL, but they fit just fine.

I may or may not do business with these people again. I was insulted that they thought I Googled Stan Musial. They should know that was impossible. I don’t have a  password to Google.

Camping and the Average Man

Tired of All the Rain?

I am Jim Brewer, Editor of the new CvilleBuzz, a humble on-line attempt to entertain those, not only … END_OF_DOCUMENT_TOKEN_TO_BE_REPLACED