You are here: Home / Chuckles / A Nobel Laureate 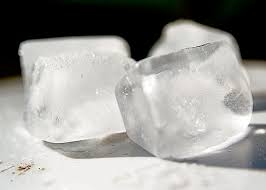 I fully expect to be awarded the Nobel Prize in Chemistry in the coming weeks. I wanted my readers at CvilleBuzz to be the first to know. I suppose I will accept the award, though there are probably others equally deserving.

My discovery of a new state of matter is the reason for this honor.

We were always told – throughout high school and even into college – that there are three and only three states of matter: solid, liquid and gas. Take H2O, water, for example. When water is frozen it becomes a solid as in ice. At normal temperatures H2O is simply water, a liquid. When it reaches boiling point, it becomes steam – a gas.

But the scientists have been wrong. There is a 4th state of matter when it comes to H2O. It is “Disappearance” and I can prove it. The other night, I opened the freezer compartment and selected a few ice cubes for my cocktail. One did not make it into the glass, but fell on the floor. I heard it hit. On my hands and knees, I scoured the kitchen and even into the dining room. I looked under the refrigerator and kitchen table; I even checked the cuffs of my pants. It disappeared. Later, another cube hit the floor. Same thing. Gone. Vamoose. Not a trace.

Where these cubes go, I’m not exactly sure. I’ll leave that to other Nobel Laureates. My suspicion, however, is that alien lifeforms unable to make their own water, swoop down from their ships, hide somewhere in the kitchen and when a cube of ice hits the floor, they’re all over it.

The little guys are probably thirsty. Maybe I’ll drop a cube or two on purpose next time.

Camping and the Average Man

I am Jim Brewer, Editor of the new CvilleBuzz, a humble on-line attempt to entertain those, not only … END_OF_DOCUMENT_TOKEN_TO_BE_REPLACED