You are here: Home / Archives for Boomer Memories 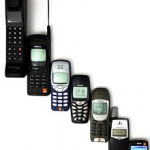 Believe it or not, there was once a time when you had to actually get up off the sofa and walk over to the TV and turn it on. After waiting for the tubes to warm and after adjusting the horizontal controls, you could sit down and watch TV – both channels. For Boomers, the Age of Electronics began with the remote control device for the television set. We were in heaven. Then it got worse. … END_OF_DOCUMENT_TOKEN_TO_BE_REPLACED 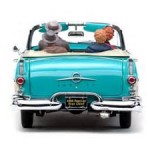 A typical Sunday for a Boomer child in the mid 50’s went something like this. “Wake up, get dressed. Eat your breakfast or we’ll be late for church.” No mention of baths or showers because we did all that on Saturday night. After eggs, bacon, toast and jam, we were off to church. Sunday school first, then church. Sometimes we lucked out and just went to Sunday school and were back home by … END_OF_DOCUMENT_TOKEN_TO_BE_REPLACED 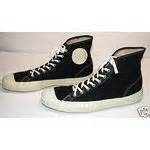 WWII and the uniforms worn by soldiers heavily influenced the wardrobe of Boomer kids in the early 50’s, particularly boys. We wore olive drab wool trousers, leather flight jackets, pilot-type leather caps and army boots. We all had crew cuts and looked like miniature GIs marching off to school. The old Army/Navy stores sold genuine surplus goods from the war effort. It was the most favored … END_OF_DOCUMENT_TOKEN_TO_BE_REPLACED 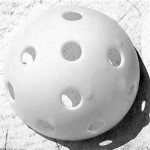 Today, it’s hard to imagine a world without plastics. But plastic products really hit their stride in America after World War II. Before that, the war machine consumed many of the organic materials necessary to create plastic. In the 1950’s, plastics went viral. In the late 1950’s, a product called a practice golf ball hit the store shelves. It was a small, white plastic sphere studded with … END_OF_DOCUMENT_TOKEN_TO_BE_REPLACED 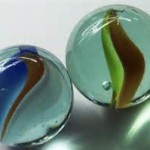 Yes, Mom, I did. Jimmy Ray Smith used a steely and wiped me out. But I just bought a whole bag of marbles two days ago. I know, Mom. Can you buy me another bag, and a big steely to go with it? Next time, I’ll win all the marbles. Many Boomers will recognize the above conversation because there was once a childhood sport called marbles that was as popular as football, baseball or … END_OF_DOCUMENT_TOKEN_TO_BE_REPLACED 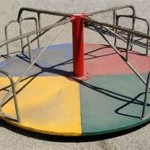 Digging deeply into the memories of childhood, this Boomer shudders at the thought of the early years of school, namely kindergarten and first grade. How I survived remains a mystery. In the 1950’s, there was no pre-kindergarten, in fact, kindergarten was optional. I remember it as a waste of about 5 hours a day. The teacher read silly stories and we spent much of our waking hours (yes, there … END_OF_DOCUMENT_TOKEN_TO_BE_REPLACED

For Boomers, going to the movies was a regular, often weekly, activity. The entertainment at the local movie theater began with the previews of coming attractions, followed by a plea from the concession stand to buy some snacks and drinks, and then the cartoons. Sometimes the theater manager played two, but generally one cartoon. Boomers remember that the cartoons were often more entertaining than … END_OF_DOCUMENT_TOKEN_TO_BE_REPLACED 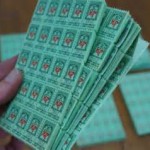 In today’s world of self-service, it’s hard to conceive that stores would actually give premiums to entice and retain customers. But Boomers clearly remember S & H Green Stamps and a national era of stamp collecting so profound that many people went around with green tongues from licking so many stamps. In the 50’s and 60’s, filling station personnel not only put gas in your tank, they also … END_OF_DOCUMENT_TOKEN_TO_BE_REPLACED

I think they get $3 for a small ice cream cone at one of the local frozen custard franchises these days. Yet, there are usually folks standing in line, twenty dollar bills (or credit cards) in hand, waiting to place an order. It wasn’t always like that. When I was a young boy, one of the great pleasures in life was a trip to the Dairy Queen. An ice cream cone at the DQ was a nickel back then. … END_OF_DOCUMENT_TOKEN_TO_BE_REPLACED 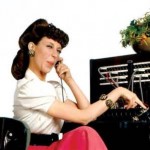 “Come here, Mr. Watson. I want to see you.” Those were the immortal words of Alexander Graham Bell as he first demonstrated his new invention, the telephone, on March 10, 1876. Telephones have certainly come a long way since that fateful day, and Boomers have witnessed many amazing changes over the years. During the World War II, Western Electric shifted production strictly to war-related … END_OF_DOCUMENT_TOKEN_TO_BE_REPLACED

I am Jim Brewer, Editor of the new CvilleBuzz, a humble on-line attempt to entertain those, not only … END_OF_DOCUMENT_TOKEN_TO_BE_REPLACED