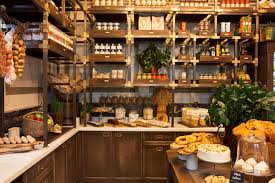 In 1955, Lewisburg, WV was a painted city by Norman Rockwell, or could have been. Main Street was pretty much it – three blocks or so with a half dozen businesses per block. There were the usual stores – a five and dime, a barbershop, a bank, a savings and loan, some clothing stores, a jewelry store, two pharmacies, a couple small department stores, a record shop, a doughnut shop and Zelda’s Grocery Store.

Zelda’s was the penultimate Mom and Pop store, but I don’t think there was a Pop. Just Zelda. She sold mostly meat and cheeses and a few canned goods and some breads. I remember lots of sausages and a big cheese counter. As youngsters, we mostly avoided Zelda’s – until spring, when the new baseball cards came out. Ralph Barr’s Five and Dime got most of our baseball card business, but we quickly found out that there were lots of repeats. I must have had 20 Dick Groat cards when I’d have killed for one Duke Snider.

But occasionally, Zelda’s received a shipment of Topps’ cards and those were more likely to be the ones in demand. Maybe a Hank Aaron, or a Clemente, maybe even a Mickey Mantle.

We had scouts who paid Zelda’s a daily visit beginning around the first of April and when a new batch of cards arrived, we were all over it – even bought some candy bars and cheese.

Trading baseball cards prepared us 11-year old boys for things to come – trading cars, buying real estate, collecting antiques. We knew quickly which cards were scarce and which were over printed. You’d think that Topps would print an equal amount of each card, but they knew better. They saved the best for last so you couldn’t collect them all without considerable effort – and money.

A side benefit of collecting and trading baseball cards was the bubble gum. As memory serves, cards came two ways – a single card for a penny with a small piece of bubble gum, and a 10-pack with a bigger piece of gum. I bought so many cards, I had a stack of bubble gum two- feet high in my room. The gum was more or less awful, but better than no gum at all, I suppose. The girls liked it – but they’d chew anything.

Lots of baseball cards bit the dust in those days by being attached to the spokes of a bicycle with a clothes pin. If you used your imagination, it sounded a little like a motorcycle when you pedaled your way down Main Street.

Like many Mom and Pop’s, Zelda’s faded away in the 1970’s. Today, Lewisburg’s main street is lined with art shops, antique stores and upscale restaurants. People go to the nearby Wal-Mart to shop.

Too bad. A city without a Zelda’s grocery and young boys patrolling the sidewalks of Main Street on their bicycles is a town without a soul.

I am Jim Brewer, Editor of the new CvilleBuzz, a humble on-line attempt to entertain those, not only … END_OF_DOCUMENT_TOKEN_TO_BE_REPLACED