You are here: Home / Boomer Memories / Will You Be My Daddy? 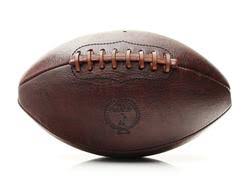 My father, James E. Brewer, was shot down in WW II over Burma just a few days before I was born. I grew up in a home on Sewell Avenue in Raleigh, NC with my widowed Mom, Mama Ida, my Aunt Jodi, Aunt Pearl and Uncle Sidney. Mama Ida worked at the Department of Vehicles and my mother took a job in the office of North Carolina State College. During the work hours, I spent time with a large jovial lady across the street named Myrtle. She was like a second Mom, third actually, since Mama Ida filled that role as well. I remember that every afternoon Myrtle would peel an apple and give it to me in slices. She held me and rocked me, and read me stories until Mom and Mama Ida said that she was spoiling me, and not to hold me all the time. But as soon as they dropped me off, I climbed up in Myrtle’s lap and said, “You can spoil me a little, Myrtle. They’re not here.”

I remember early on that Mom cried a lot. She would lay on her bed and sob endlessly. It made me sad, and I snuggled up, not knowing what to do or how to make the crying stop. I soon realized that though there were many loving people and lots of family in our house, I didn’t have a Daddy like the other children. There was a picture of Lt. James Brewer on the dresser that I was told was my Daddy. But I wanted a real Daddy, not a picture.

When I turned four, mother met a nice man named George Patterson from Wilson, NC. He had gone to N.C. State, took a job with the State Bureau of Investigation, then signed on with the FBI. He had met Mom in the office at State College and invited her out. They began dating and he would often come to our house for Sunday dinner. Who wouldn’t, with Mama Ida frying chicken, corn bread and okra?

I really liked this George Patterson. He was a big man, big enough to whisk me up in his arms as if I weighed a single pound. He had a wonderful laugh and was almost always smiling. Sometimes, he would toss a football to me in the front yard and I would catch it and pretend I was Charlie “Choo Choo” Justice, the All American running back from Carolina. Mr. Patterson, as I was told to call him, was also a great story-teller. He told me often about his life growing up on a farm and his pet hog and their conversations. His pig could talk. He told me about a stubborn mule in the barn that had once kicked him square in the head. He showed me the scar. He told me that one of his favorite foods was a cold, boiled potato with lots of salt and pepper, one left over from the afternoon dinner. When he came to see Mom, he always brought me a piece of candy or gum. He and I grew close.

Then, one Sunday afternoon, while Mom and Mr. Patterson were sitting in the parlor, I joined them from the kitchen. I walked up to the kind man who I liked very much and asked a simple question: “Will you be my Daddy?”

Mom was stunned and most embarrassed, but Mr. George Patterson answered with a big smile on his face, “Yes. I think I will.”

It was not long after that “Daddy” and Mom got married. Soon after, the FBI transferred us to Seattle and we were off for a very long car ride and the beginning of a wonderful lifetime together. Now, I had a real Daddy, not just a picture on the dresser.

I am Jim Brewer, Editor of the new CvilleBuzz, a humble on-line attempt to entertain those, not only … END_OF_DOCUMENT_TOKEN_TO_BE_REPLACED