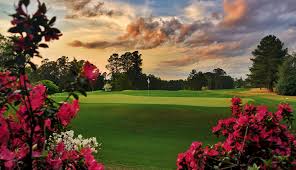 As those of us old enough to remember “polio” look back on our lives, it’s not so much the events that we recall, but the people. One of those people in my life was Uncle Jim.

He was James Benjamin Lawrence and dated and then married my Aunt Jody. Jody was like my big sister. She was just ten years older and was there when I came home as a newborn baby from Rex Hospital in Raleigh, NC. My father had been killed in the war just a few days before I was born, and Jody was there to help raise me.

Jody met Jim, a textile salesman, also from Raleigh, they fell in love and were married. I was in their wedding, a twelve-year old with a blue linen suit and white buck shoes. Once married, Jody and Jim moved to Charlotte, the hub of the Carolina textile industry.

Almost every Christmas, Jody and Jim came to Lewisburg to spend Christmas. He had a L.C. Smith double barrel shotgun and brought it with him to quail hunt. He had served in Korea and was an excellent shot. I recall at many Christmas dinners, we had fried quail, mashed potatoes and a big pot of collards. Jim Lawrence loved collards more than life itself.  How many ever you could cook, that’s how much he could eat.  Mom always had a mess of  collards when Jody and Jim came to visit.

When I went to UNC in the fall of 1962, Jody and Jim’s house in Charlotte became my sanctuary. Often, I would thumb a ride from Chapel Hill on a Friday afternoon,  call Jody when I hit the outskirts of Charlotte and she brought me home for the weekend. Every Saturday night, Jim would throw on some fat ribeye steaks and garlic bread on the grill and we often watched ACC Basketball as we dined on TV trays. I was at their house the night little Texas Western upset mighty Kentucky in the NCAA finals.

Jim was also a golfer, a big time golfer. He took me to my first driving range, tried to show me the awkward golf grip and teach me how to hit one of those little white balls. I whiffed the first few, then sent a couple of shanks here and there and finally hit one maybe a hundred yards. Then he hit one and I lost sight of it as it sped into orbit. Jim was a big man, 6’1 and 200 pounds and he could hit it a mile.

I know it must have been a real burden for him, but whenever I came to visit, he would always arrange a golf outing. I was awful, sliced it like a banana, but he was always encouraging and took me as his partner when we teed it up against his golfing buddies. He also paid for every round, and kept me supplied with new Titleists as my supply of cheap balls disappeared into the pines.

Jody and Jim are gone and I think of them often. They were kind, loving, generous people. I would relish the opportunity to play with Uncle Jim just one more time and introduce him to my golfing buddies. I would so gladly pay for the round.

Hand Me Downs and Tattoos

I am Jim Brewer, Editor of the new CvilleBuzz, a humble on-line attempt to entertain those, not only … END_OF_DOCUMENT_TOKEN_TO_BE_REPLACED