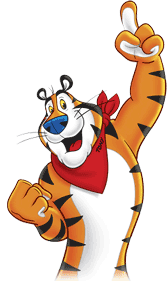 I read that Cracker Jacks recently discontinued putting premiums in their boxes, signaling the end of an era, an era of reaching to the very bottom of a new box of cereal to root around for the prize.

The 50’s marked the beginning of what was to become a brilliant marketing strategy. Advertise prizes and little toys on kid’s shows on TV, put the prizes in cereal boxes and watch sales soar.

Often, the prizes were cheap little gizmos, but if you saw one on TV – well, you had to have it.

See if you remember any of these cereal prizes from your youth:

A Deed to 1 inch of Land in the Yukon.

Really. In 1955, Quaker offered a “real deed to 1 square inch of land in Yukon Gold Rush Country” in boxes of Puffed Rice and Puffed Wheat. The prize was part of the promotion of the popular radio show: Sergeant Preston of the Yukon.

As I recall, I ended up with 2 square inches. Maybe I could build one of those really little Tiny Houses?

In 1954 and 55, Kellogg’s offered three separate Frogmen from the U.S. Navy that could swim, dive and surface on their own. Fueled with “high pressure propellant”, they carried on underwater duties. The propellant was ordinary household baking soda, but it worked. I collected all three.

Just the facts, Ma’am, just the facts. That was Jack Webb on Dragnet in 1955, the year Corn Flakes included an Official Jack Webb Dragnet Whistle – plus a Deputy ID card and a badge as cut outs on the back of the box. At the time, Dragnet was the 8th highest rated TV show in the land.

In the 50’s, Wheaties introduced a 2-inch microscope as a cereal prize. The wee telescope magnified things up to six times with a focusing lens– and “Free in the Box!”

This neat prize was introduced by Kellogg’s in the 1960’s – an entire fleet of collectibles. Like The Frogmen, the miniature subs were powered by baking soda.

In 1954, Wheaties was at it again. Offering license plates from “all 48 states.” Each box came with one license plate with an offer to buy an additional set of 12 for just a quarter. I had one and put it on the back of my bike.

Wheat Honeys and Rice Honeys were popular cereals from Nabisco in the late 50s and early 60s. and the favorite prize was a spring-propelled two-stage rocket. “Free High-Flying Two Stage Rocket. Count down… press the launcher… and off it zooms, separating mid-air! Comes in red or blue. Made of sturdy plastic. Fire when ready.”

One of the neatest of all cereal prizes came out in 1978 – the Sugar Crisp Action Pinball Games. There were 6 in all. With “Sturdy action pinball games come complete with action trigger arm and three to five pinballs for long lasting fun. Trade with your friends.”

Thinking back on all those wonderful prizes almost makes me want to go to the store and buy a box of cereal! They were Grrrrrreat!”

I am Jim Brewer, Editor of the new CvilleBuzz, a humble on-line attempt to entertain those, not only … END_OF_DOCUMENT_TOKEN_TO_BE_REPLACED