You are here: Home / Boomer Memories / The Voice of a Lifetime 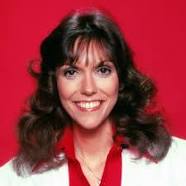 Music has played an important part in the lives of Boomers. We have seen it progress from the big band sounds, to jazz, to rock and roll, to rockabilly, folk music, California music, the British Invasion, soul, heavy metal and now rap, if you can call that music. We have also seen and heard some amazing voices, particularly female. There was Ella Fitzgerald, Peggy Lee,  Barbara Streisand, Dionne Warwick, Dianna Ross, Donna Summer, Natalie Cole and in recent times Celine Dion, Christina Aguilera and others.

But there was one female vocalist who stood out, far out, truly the “Voice of a Lifetime”, and that was Karen Carpenter. Her voice was as smooth as honey. It was haunting, sweet, clear and pure.

Karen was born a California girl in 1950. It was assumed in the Carpenter family that her older brother, Richard, would be the musical star, but it was Karen who dazzled millions with her rich, three-octave contralto voice. Karen Carpenter was a music major at Long Beach State, where she sang in the college choir with brother Richard. Her choir director liked what he heard and encouraged her to try pop music, and soft, gentle pop it would be.

The Carpenters signed their first recording contract in 1969. The Beatles cover song, “Ticket to Ride”, was released as the Carpenters first single and reached 54 on the charts. But their next album, “Close to You”, featured “Close to You” and “We’ve only Just Begun” that reached number 1 and 2 at the same time.

I remember hearing Karen on the radio in the early 70s and was spellbound by the beauty of her voice.

Among her many mega-hits were “Rainy Days and Mondays”, “For All We Know”, “Top of the World”, “Superstar”. “Yesterday Once More”, “I Won’t Last a Day Without You”, “Goodbye To Love”, “Merry Christmas, Darling” and many others.

We all know the sad ending. Anorexia took the life of this great vocalist at age 32. How many more songs went unsung? How many more millions would go unentertained?

But it wasn’t the songs – though they were and are classics. It was that voice, that “Voice of a Lifetime”, truly a voice for the ages. In our lifetime, there won’t be another like it.

Blowin’ In The Wind

I am Jim Brewer, Editor of the new CvilleBuzz, a humble on-line attempt to entertain those, not only … END_OF_DOCUMENT_TOKEN_TO_BE_REPLACED