You are here: Home / Boomer Memories / The Pioneer Drug Store 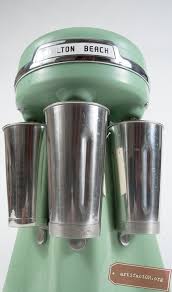 Not long after I moved to Lewisburg, I made friends with a classmate, Dave Gladwell. Dave’s dad, Arthur Gladwell, was the town mayor and owner of Bee Jewelry. Dave and I hit it off immediately and are close friends to this day.

Dave, however, was a picky eater. Green vegetables and fresh fruit were not among his major food groups. Since the Lewisburg School Cafeteria served lots of fruits and vegetables, Dave made regular lunchtime trips downtown to eat at the Pioneer Drug Store. School lunches were about a quarter back then and eating at the soda fountain cost a little more, but it was infinitely better.

At the noon bell, Dave and I shot off like rockets heading downtown and within minutes were pulling up chairs to a booth in the back of Pioneer.

The Pioneer made the best grilled cheese sandwiches ever, and they also rustled up good tuna fish and chicken salad sandwiches. The sandwiches were 20 to 25 cents, a bag of chips was a nickel and a vanilla coke was a dime. So I often used some of my extra paperboy earnings to trade up to a 40- or 45-cent soda fountain lunch. After school, we’d often swing by the drug store again for a vanilla soda.

Like every soda fountain, the Pioneer had an employee called a soda jerk. These folks were specialists.

Soda fountains had devices that made carbonated soft drinks or ice cream sodas. The soda jerk on duty mixed flavored syrup and carbon dioxide along with chilled and purified water or ice cream to make the sodas. And how well do I recall the thick, homemade shakes? The soda fountain staff used rich, hand-dipped ice cream along with real cream and flavoring, and then sealed the deal in one of the old milkshake mixers. The cold shakes, poured from a steel cup, were so thick it was difficult to pull the first few sips through an oversized straw. They were a quarter but well worth the money.

The pharmacist on duty was like a family member. He advised on drugs and treatments and, in an emergency, would meet a fretful parent after hours to fill an important prescription. Beside their fountain and pharmacy, Pioneer sold lots of different wares, including cosmetics, tobacco, and timely gifts for special occasions like Valentine’s Day or Mother’s Day, and they offered a variety of over-the-counter medicines. Some of us can stretch our memories to recall products like Geratex, Scott’s Emulsion, Citroid Compound, Chas. H. Phillips Chemical Co.’s Milk of Magnesia and, of course, Geritol.

The beginning of the end of soda fountains and community drug stores came in the mid-1950’s when Walgreens and other large pharmacies began introducing a series of full, self-service drug stores. No more would a customer ask the pharmacist for a box of St. Joseph’s Aspirin. It was stacked up on counters in front of you, but you had to peruse the fine print to find the right dosage. And no longer would teenagers be able to stop by the soda shop after school, put a nickel in the juke box and slurp an ice cold Cherry Coke.

The Pioneer Drug Store is no more. Things often change, but they don’t necessarily improve.

I am Jim Brewer, Editor of the new CvilleBuzz, a humble on-line attempt to entertain those, not only … END_OF_DOCUMENT_TOKEN_TO_BE_REPLACED