You are here: Home / Boomer Memories / The Perils of First Grade 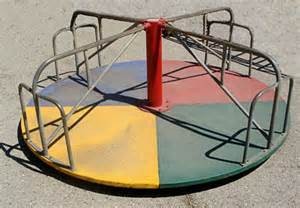 Digging deeply into the memories of childhood, this Boomer shudders at the thought of the early years of school, namely kindergarten and first grade. How I survived remains a mystery.

In the 1950’s, there was no pre-kindergarten, in fact, kindergarten was optional. I remember it as a waste of about 5 hours a day. The teacher read silly stories and we spent much of our waking hours (yes, there was nap time) cutting silhouettes with a pair of dull, rounded scissors, then pasting them onto another piece of paper, which we signed with crayons and took home to our moms. They, of course, “oohed and aahed” and sent praises back to the kindergarten teacher, which encouraged her to schedule cutting and pasting again the following day. I was never a skilled scissor wielder and couldn’t follow the lines. I also got more paste on my person than on the paper. Coloring with crayons was also a skill I lacked. Crayons were pretty cool until you actually used one. Then, what was once a fine point became a fat, rounded nub, making it impossible to stay within the lines. Impossible for me, that is. All the girls, however, were Crayola craftsmen. Their coloring papers looked like little Picassos. Mine looked like a dog ate a box or crayons and pooped on the paper.

Adding insult to injury, we played London Bridge is Falling Down. We played it every day. After two or three months of repetition, the class finally figured out that as soon as the group sang the last words, “…..My Fair Lady”, the bridge of little arms would capture the no-longer surprised intruder. Following was a mass scramble to escape through the bridge, resulting in violent crashes. It was the most inane activity in which I ever participated, until I got to college and played beer-drinking games. I think we actually played London Bridge is Falling Down one night at the Rathskeller at UNC and got kicked out of the restaurant.

With kindergarten in the rear view mirror of time, I was naturally delighted to enter into the true world of academia as a genuine first-grader.

For starters, we spent at least a semester reading See Spot Run, word-by-word, syllable-by-syllable. I knew that Spot ran and I knew that Dick and Jane saw Spot run because I had read the whole damn book numerous times before I got to first grade. I spent hours and hours staring out the window and wondering how Superman would escape this Kryptonite-like situation.

After we finished the saga of Spot and his family, we painted things. As bad as I was as a colorer, I was worse as an artist. I remember Miss Lindamood putting a picture of an Indian paddling a canoe on a lake in the early evening, and we were supposed to reproduce that scene with watercolors. The girls did wonderfully. In some of their paintings you could actually see the ripples on the lake as the canoe edged along. When I finished my painting, you needed a vivid imagination to recognize the blue blob as an actual body of the water. The Indian and canoe looked like floating logs.

It was an awful experience, but the worst came at recess. Everyday I prayed for rain or snow so I would not have to participate in recess activities. That’s because the administration at Institute Elementary School in Beckley, WV had installed an instrument of child brutality called a Merry Go Round. These were not kind and gentle Merry Go Rounds, with horses and animals bobbing up and down at the carousel. This was a child-propelled, circular piece of equipment, which approached the speed of sound, spinning round and round in tight circles. All the other children enjoyed the Merry Go Round, the faster the better. But as a child, I often got carsick riding to Sunday School. Hanging on to a warp-speed Merry Go Round for what felt like an eternity rendered me sick as a dog with nausea symptoms lasting till the school bell rang and blessedly dismissed the class.

Thinking back, maybe that’s why I did so poorly painting that stupid Indian in the canoe.

I am Jim Brewer, Editor of the new CvilleBuzz, a humble on-line attempt to entertain those, not only … END_OF_DOCUMENT_TOKEN_TO_BE_REPLACED