You are here: Home / Boomer Memories / The FBI Story 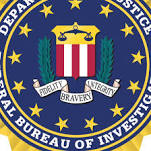 Continuing the series on growing up in Lewisburg, WV in the 1950s, a great town and a wonderful time to be young.

My dad was an FBI agent out of the Pittsburg office. He had been stationed in Beckley, WV, and then suddenly transferred to Lewisburg, a much smaller community. We wondered why, then later found out that he had been sent there to assist with the underground bunker being built for Congress at the Greenbrier Hotel in nearby White Sulphur Springs. It was a well-guarded secret for about 40 years.

From my personal observations, the FBI has changed dramatically since the 1950s when J. Edgar Hoover ran the bureau with an iron fist. Today, you see FBI personnel with giant neon yellow FBI letters stenciled across their jackets. When Mr. Hoover ran the FBI, he insisted his G-men keep a low profile. Daddy was instructed not to be on any prominent boards or make the news in any way. Agents were to blend in with the community. They were also to be professional and above reproach. Even minor mistakes were not tolerated.

I remember one winter soon after we moved to Lewisburg that Daddy said he had misplaced his credentials – his badge of sorts, proving he was an FBI agent. We scoured the house, the car, his office, everything and we couldn’t find it. Daddy then notified the bureau that his credentials were missing and he was issued new ones, but he could have been fired. If someone had used those credentials, it could have been a disaster for the FBI.

I found his credentials about a month later. I went out to feed our bird dogs in the back yard and just beneath a crust of snow, I saw the familiar black leather case. It had slipped out of his coat pocket when he bent to change the dogs’ water and disappeared into the deep, soft snow. When I found them, I ran into the house to proclaim the good news, but Daddy said it was too late, since he already had to report the loss. He kept his job, though, and later received several commendations directly from Mr. Hoover.

On one of those occasions, Daddy was en route to pick me up at Chapel Hill for the winter break. We would be bird hunting near Saratoga, NC, his hometown. But on the way down, in White Sulphur Springs, he saw a man with no coat thumbing a ride. Daddy picked him up and struck up a conversation. He asked the man where he was from, what he did for a living, where he was going, why he was going there and where was his coat.

I figured out early in life I could never lie to Daddy. Mom, maybe, but not Daddy. He had that FBI blood running in his veins and could sniff out a liar in a New York minute.

When the stranger fumbled with his story about working on a cattle farm and was unfamiliar with the breeds, Daddy knew something was wrong. He stopped in Covington to let the man out, directly across from the sheriff’s office, and gave the man a few bucks to eat in the diner on the street. Daddy then went inside and notified the sheriff. It turned out that the hitchhiker had just escaped from a federal officer aboard a train in White Sulphur Springs, when who should pick him up, but an FBI agent with a nose for mischief makers.

The man was back in jail within an hour and Daddy later received a letter of thanks from Mr. Hoover.

Yes, the FBI has changed, and not necessarily for the better.

I am Jim Brewer, Editor of the new CvilleBuzz, a humble on-line attempt to entertain those, not only … END_OF_DOCUMENT_TOKEN_TO_BE_REPLACED