You are here: Home / Boomer Memories / That First Best Friend 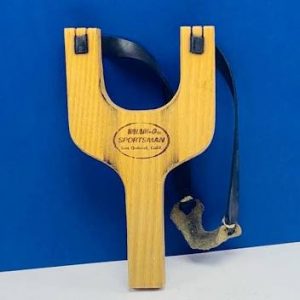 His name was Freddie Arnold. He was sent by heaven to save a young Boomer from a life dominated by girls. He was my first, best friend.

The summer before I would start third grade in Beckley, WV, my family moved across town. I would be in a new school and in a new neighborhood. The day the movers were unloading our furniture, a bolt of lightning hit the refrigerator one of the men was transporting. It knocked him silly and scared the pants off me – I was about 30 feet away – but no one was seriously injured. It would be, however, an omen.

Once I had settled into my room, I went outside to see if I could find a new friend, someone to make this traumatic pill a little easier to swallow. Next door were three girls, one younger and two older. They were okay, but they were girls, and I had recently discovered football, baseball and basketball. The other next-door neighbors had a much younger girl. And right before dinner, they all appeared on the streets like swallows emerging from a chimney. There were girls in almost every house, and nary a boy to be found. For a young, recently displaced Boomer male, this was a disaster.

I did well in school and made new friends, but they all lived in different neighborhoods. It was impossible to have a regular pick-up football game when the guys lived a mile away, so I resorted to playing football with – shudder – girls. To do this, I had to sacrifice. Through serious negotiations it was agreed that they would hike the ball to me and go deep, if and only if I played hopscotch with them. I also had to play something called “jacks” where you bounced a small ball on the porch and then scooped up a handful of metal stars, one at a time. The oldest girl, Carolyn, cleaned my clock at jacks. She would have gone far as a “carnie.” She had lightning in her hands. To entice Judy, the younger girl next door, to go snare one of my perfect spirals, I had to assume the role of  the “dad” while she pretended to play house. It was humiliating.

However, I was getting pretty good at hopscotch and not too shabby at jacks when my life-changing event occurred. Just before Halloween, we saw the movers coming to a house two doors away. I noticed one of the movers carefully watching the sky as he brought in tables chairs, TVs, and the refrigerator, though they say that lightning never strikes twice in the same place. Then I saw him. It was Freddie Arnold. He was a boy, like me, just one year older, and he had a football.

It took us all of 15 minutes to strike up a deep and lasting friendship. He liked the Yankees. I was a Dodger fan. He rooted for the Detroit Lions, while I was a Cleveland Brown. But we became fast friends. We were together from the time we came home from school till our moms drug us into our collective homes for dinner. We had sleepovers every week. We shot BB guns and carved spears with our Barlow knives. We each had a Whammo slingshot and honed our skills on stray house cats.

That summer, we both joined a local pool, which offered $10 seasonal membership, and every day that summer we rode our bikes to and from the pool. I remember that Freddie like Zero Bars as a poolside snack while I preferred Butterfingers.

For three glorious years we were inseparable. Siamese twins were no closer. We shared our hopes and dreams. We laughed together and cried together. We played sports non-stop. When he failed to make the cut at a Little League tryout, and I made it, it was bittersweet. I wished that he had made the team, not me. Friendships like that are hard to come by.

Toward the end of sixth grade, my dad was transferred to Lewisburg, about 45 miles away. But it may as well have been a thousand miles. Freddie and I wrote, for a while, but letter writing is not a thing 10 year old boys really enjoy. We visited back and forth once or twice, and then we lost touch. I made new friends, great friends, but there is nothing like that first friendship. And every Boomer well remembers that experience.

Now Those Were Fireworks!

I am Jim Brewer, Editor of the new CvilleBuzz, a humble on-line attempt to entertain those, not only … END_OF_DOCUMENT_TOKEN_TO_BE_REPLACED