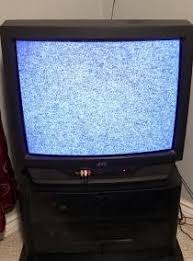 Every Boomer remembers test patterns. In the early days of television, each channel (usually one or two, that’s all we got) began the day and ended broadcasting with a test pattern on the screen.

Most of us didn’t know what a test pattern was, really, or its purpose. All we knew that when the test pattern finally appeared (it took the tubes a while to warm up), there was nothing on the air.

Test patterns, or test pictures as they were called, were devices for engineers, tools by which they could adjust receivers and such to get a clear picture. In the 30’s, even when very few television sets were in operation, the patterns began to take form. By the 50’s, as many homes began to install new TVs, each television network had a test pattern. Some will remember the test pattern with the Indian head. According to my old friend Wikipedia, the Indian head was ablack and white television test pattern  which was introduced in 1939 by RCA of Harrison, NJ as a part of the RCA TK-1monoscope . Its name comes from the original art of a Native American featured on the card. It was widely used by television stations worldwide during the black and white TV broadcasting era before 1970.

Programming in the early fifties generally came on at 6 AM and went off the air at midnight. Always, the station played the National Anthem as the programming began and ended. But in the early days, there were no news departments or sports channels. The first program of the day was as likely to be a cartoon show as anything informational. Boomers will also remember when blank spots filled the programming when there were no ads to run. And that was often. Usually the prime time shows filled with ads, but the matinees did not.

Today, ads on TV consume most of the programming, or so it seems. If I see another “Fifteen seconds can save you 15% or more…”, I think I’ll smash the screen. Well, maybe not, but it’s comforting to look back and remember the innocent days of television with test patterns, Howdy Doody, Amos and Andy, Gunsmoke, Ozzie and Harriet and I Love Lucy.

Times change, but not always for the better.

Blowin’ In The Wind

I am Jim Brewer, Editor of the new CvilleBuzz, a humble on-line attempt to entertain those, not only … END_OF_DOCUMENT_TOKEN_TO_BE_REPLACED