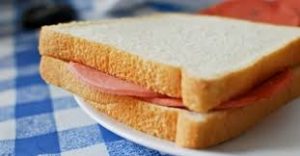 I saw a picture of a sandwich wrapped in waxed paper recently that took me back to the 1950’s and brown bag lunches.

As an elementary student, sometimes I ate in the cafeteria, assuming someone had an available quarter, but often Mom would pack my lunch – a cookie, an apple and a sandwich wrapped in waxed paper.

I remember watching the early commercials of Reynolds’s Waxed Paper when the lady would crisply fold the edges around a sandwich, a piece of pie or other food product. Then the package was supposedly sealed tight.

Maybe on TV, but not in the real world. In the real world, the waxed paper sprang open at the first opportunity; meaning Mr. Sandwich was stale come lunchtime. Still, we ate what we had because that’s all we had.

Then, along came a miracle product known as plastic wrap. Saran Wrap was one of the first brand names to hit the market. Plastic wraps were a product made of PVDC, now considered an environmental pariah, but it was okay 60 years ago.

Dow Chemical introduced Saran Wrap around 1949, but because of a shortage of plastics after the war, it really didn’t gain headway until the mid 1950s. That’s when I had my first sandwich sealed – really sealed – in Saran Wrap.

In 4th grade, my teacher would collect any uneaten sandwiches – usually from the girls – and distribute them to any hungry boys at the afternoon break. Since I was always hungry, one afternoon I became the beneficiary of a bologna sandwich made with Purity Maid bread and a little mayonnaise and wrapped in Saran Wrap. I think that was the best sandwich I have had before or since. The flavor of the fresh, white bread exploded and the bologna, sliced from a larger chunk, was that old time baloney, full of seasoning and flavor.

That afternoon, I begged Mom to buy some of this miracle product. She did, and I have been eating sandwiches wrapped in Saran Wrap ever since.

Now, if I could ever figure out how to keep the stuff from sticking together when I pull it off the roll. That would be something, wouldn’t it?

The Smell of Youth

I am Jim Brewer, Editor of the new CvilleBuzz, a humble on-line attempt to entertain those, not only … END_OF_DOCUMENT_TOKEN_TO_BE_REPLACED