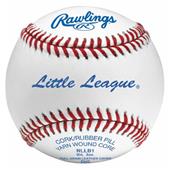 There is a school yard behind our house and several acres of open fields. Occasionally, we’ll see some folks tossing frisbees to their dogs, but rarely do we see kids out playing – and there is an actual baseball field behind the school, and unless parents have organized a tee ball event, it sits dormant.

I would have killed for either field. Come summertime, we played baseball and fields were hard to come by.

When we moved to Jennings Street in Beckley, there was a grown up vacant field beside Freddy Arnold’s house. The grass grew knee high, but my boyhood sidekick and I went to the field with sickles and lawnmowers and created our version of Fenway Park. There was even a chain link fence at the top of the field, but we couldn’t hit it that far, so we rarely got any dingers.

Come June, we didn’t need anybody to tell us to go outside and play. We were already outside, going door to door, recruiting right fielders. There were only a half dozen boys around, so we had to use girls, when we could convince them that baseball was more fun than dress-up, which was not easy. For some reason, girls did not enjoy standing out in right field for hours on end. So sometimes we had to let them pitch.

But we played ball.

Later, when I moved to Lewisburg, there was something of a farm in our neighborhood, the Graham Addition. I think it was part of the farm on that original tract of land. There was maybe a 4-acre field surrounded by barbed wire. Sometimes it held a cow or two, and sometimes not. When there was no cow, or if the beast was in the makeshift barn, we played ball. At that time, there were lots of boys in that neck of the woods willing to play. We would round up 10 or 12 kids and stage our version of the Yankees versus Dodgers.

The big problem we faced was equipment.

Oh, everybody had gloves, no problem there. It was bats and particularly baseballs that were in short supply.

A new baseball was golden. We would gather around to take it from its box. There was always some thin tissue paper around the cherished piece of Rawling’s equipment which we gently removed. It was almost a religious ceremony as we passed the ball among us, each admiring its beauty. Then we hit it and hit it, and hit until the seams began to unravel. Then we patched it with duct tape and prayed that someone else would get a new a ball for their birthday.

We also played with wooden bats – genuine Louisville Sluggers. It would have been sacrilege to even consider an aluminum bat. Besides, they hadn’t been invented yet. The problem with wooden bats was that they had a tendency to splinter if you happened to hit a ball near the handle. Most of our bats had been tacked together multiple times with small brads, then secured with black electrician’s tape, but they worked.

We spent hours and hours playing baseball. When only two kids were available, we played catch or knocked deep fly balls so the fielder could run  it down.

I see those empty fields behind my house and wonder why kids are not out there playing ball. What could possibly be more fun than that?

I am Jim Brewer, Editor of the new CvilleBuzz, a humble on-line attempt to entertain those, not only … END_OF_DOCUMENT_TOKEN_TO_BE_REPLACED