You are here: Home / Boomer Memories / Make It a Duck Tail 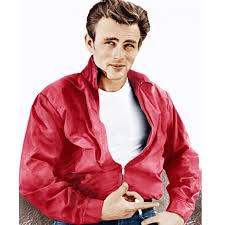 James Dean had captured the imagination and envy of most every young male in the mid-50s with his standout performance in Rebel Without a Cause. It was one of the first films I ever saw after I moved to Lewisburg. In the movie, James Dean had just rolled into town, a new kid on the block and oozing coolness. He was, in fact, beyond cool. He was the epitome of everything a young teen male would like to be – confident, rebellious, suave, handsome and a genuine lady’s man. And he had a ducktail haircut.

Ducktails, or DA’s, were all the rage in the 1950s. The name was derived because the hair on the side of the head was swept back to the rear and shaped into a point – to resemble a mallard’s behind. Flat tops, with short hair on the sides, had thus evolved, and by the 7th and 8th grade, all of my friends were growing ducktails.

I had sported a flat top for years, but now I decided to grow my hair longer on the sides and go for a DA. It was a life changing decision!

I looked pretty scraggily for a while, with hair down over my ears but still flat on top, then the day finally arrived. I went to the barber on Court Street and asked for a ducktail haircut. He snipped, and buzzed, and snipped some more, then added copious amounts of butch wax so the hair on the side would remain swept back. It was a Friday and my good buddy, Bill Shaver, was spending the night. Later, we would be heading for a local sock hop at a friend’s house. Bill was also a new DA convert, and before the dance, we stood side by side in front of the mirror, brushing, combing and cajoling our coifs to behave themselves. At the party, we were back in the boy’s room more than on the dance floor, continuing to comb and primp. That night when we got back home, it was more of the same– another half-hour in front of the mirror. In one day I had worn the teeth of my small back comb down to the nubs.

Hair styles come and go, but the good old days of ducktail haircuts, white buck shoes, high school dances, drive-in restaurants and being young and cool sure bring back lots of great memories.

I am Jim Brewer, Editor of the new CvilleBuzz, a humble on-line attempt to entertain those, not only … END_OF_DOCUMENT_TOKEN_TO_BE_REPLACED