You are here: Home / Boomer Memories / I’ll Have a Beer! 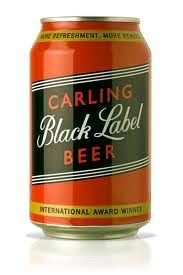 My first memory of drinking beer was at Atlantic Beach in North Carolina. I was about 12 or 13  and Mom and Dad were having a beer and a sandwich out on the deck of a restaurant overlooking the ocean while I and my siblings were dodging the crashing waves. I came up to see them and watched Daddy drinking a Schlitz. I asked for a sip, he handed me the can. I grimaced as the ice-cold beverage slid down my gullet. I could taste hops and barley for two weeks after that.

My parents always said I didn’t need to sneak a beer. If I wanted one, drink it at home. That would probably get them 5 to 10 years in a state penitentiary today, but back then, that’s they how they did it.

Since I was not overly impressed with the taste of beer, it would several more years before the opportunity once again presented itself. It was the summer of 1962, I had graduated from Greenbrier Military School and was working on a cattle farm for Bill Lewis, the local Chevy dealer. My buds, Dave Gladwell, Mike Dawson and I  had planned for an overnighter at Dave’s father’s camp on the Greenbrier River. We would fish for smallmouth that afternoon and maybe drink a little beer that night. I bought a six pack of Carling’s Black Label. No ID, no questions asked. After all, it was just beer. I told my comrades I was going to drink the entire six-pack. I lied. By the time I finished number three, I was wasted. When you weigh 120 pounds dripping wet, and you haven’t had a Brewski since you were 12, it doesn’t take a lot of beer to do the job.

I got sick. Really sick. I thought at first I was going to die. Then I was afraid I wouldn’t. I called in sick, and I was really sick. That day I lay on the banks of Howard’s Creek, wishing that I had never heard of anything called Black Label. But I got better at it.

At Carolina, I learned that if you just sipped a beer and didn’t gulp it down, you would be far better off the next day.

In Carolina, we drank PBR. It was a quarter a can at Happy Hour. The premium beers were 30c and not appreciably better. When I came to Charlottesville in 1967, I decided that Budweiser was indeed The King of Beers. But if I was short on money, it was The Beast – Milwaukee’s Best.

Lots of beers have come and gone since I had my first taste of beer. Over the years there was Falstaff, National Bohemian, Coors, Rolling Rock, Hamm’s, Ballantine, Rheingold, Blatz, Schmidt, Red White and Blue, Stroh’s, Millers and others. Some were good, some not so good. They say that somewhere in the 1980s, women began making more beer purchases than men, therefore the breweries used less hops and to make the beers lighter, to appeal to women. They ruined Schlitz beer, once the largest selling beer in the country.

I’ll never forget that first strong taste of hops from my Dad’s beer. You know, they just don’t make beer like they used to.

I am Jim Brewer, Editor of the new CvilleBuzz, a humble on-line attempt to entertain those, not only … END_OF_DOCUMENT_TOKEN_TO_BE_REPLACED