You are here: Home / Boomer Memories / First Place Goes To…. 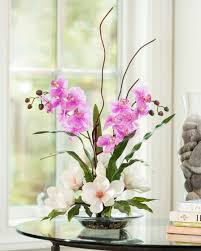 I once won a Blue Ribbon in a West Virginia Garden Club Flower Show. Therefore, in spite of what my golf buddies may say, I do have certain skills.

This is how it all happened.

My mother, Frances, was always involved with Garden Clubs and Flower Shows. She served as President in both the State and the National Garden Club. She judged shows across the country and was frequently called on as a guest speaker.

I was ten years old when Mom asked me one morning if I’d like to enter the Youth Division of the Beckley Garden Club Annual Flower Arranging Show. When I finished my hysterical laughter and could finally catch my breath, I realized she was serious. She was involved in staging the show and wanted as much participation, particularly from children, as possible. She said it would help her, and since I had been saving nickels and dimes, hoping to earn enough for a Daisy Pump Air Rifle, and knowing Mom might kick in a dollar or two, I agreed.

Needing an inspiration, I retrieved a broken egg shell from the trash can, cleaned it as best I could, then drew two little X-es for eyes and a frowny face for a mouth. I got out one of Mom’s pie plates, filled it with dirt from our back yard and dug around in my toy collection and found two sections of fence from my Fort Apache set. I put up the fence sections, placed a couple cavalry horses and a few soldiers beside the fence, then laid the egg shell (Humpty Dumpty) at the foot of the fence.

That was it. There was no greenery, no flowers, no ribbons, just the pie pan, dirt, fence, some horses and soldiers and poor Humpty.

When we went to the Flower Show to set up, there were dozens of dazzling arrangements on the Youth Table. There were roses and gardenias and orchids, arranged beautifully and in the middle of the table was my pie plate with dirt.

Well at least I tried and I hoped that Mom appreciated my humble effort.

After the judges passed by, I was awarded the Blue Ribbon, the best in the entire Youth Division. One of the judges later told my Dad that this was the only entry they were absolutely certain that had been arranged by a child, and with no adult assistance.

I retired from Garden Club events after that. It’s good to go out on top

I am Jim Brewer, Editor of the new CvilleBuzz, a humble on-line attempt to entertain those, not only … END_OF_DOCUMENT_TOKEN_TO_BE_REPLACED