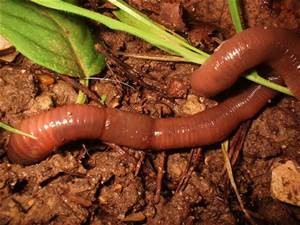 Boomers had numerous ways to entertain themselves and none involved cell phones or video games. We made the most of whatever was available. If there was a barn around, with hay, that was good for at least a week’s entertainment – hide and seek, springing from one loft to the next, using the stacked bales as a make believe fortress and numerous other amusements. We rode bikes – everywhere. We played tag, hopscotch and kick the can. We played “Simon Says” and Pick Up Sticks. We played ball, we skipped rocks, we captured June bugs and we caught worms. Well, some of us caught worms.

Worms have always played an important part in my life. One of my earliest memories was reading the “Henry” comic strip. Henry was a big fisherman. I remember cartoon sketches of him carrying a tin can full of worms and returning with giant fish.

So I associated worms with fish and there was nothing I enjoyed more than catching fish. When I was about 8, our family of 4 moved to a small 2-bedroom home in Beckley, WV that cost $14,000, an enormous sum in those days. Behind the house was a small creek with muddy banks. Imbedded in that mud were worms. On a given Saturday, I would cajole my dad into a trip down to the creek, shovel and bucket in hand, to dig some worms. Unless it was in the middle of summer and the mud had dried, we always dug enough worms for a trip to the local reservoir where we caught bluegills and assorted sunfish, with an occasional undersized bass or walleye in the mix.

When I was 11, we moved to Lewisburg, WV, a sleepy little town in Greenbrier County. Our house and yard were much larger, and whereas I had no creek to work with, the backyard was full of night crawlers. I first discovered them while running barefoot in the grass during a night game of hide and seek. The slippery worm zipped across the bottom of my sole as I stepped on it. Night crawlers are long, thick worms. They live only in certain soils and climates, but they loved our back yard. After dark, my buds and I would get a flashlight and a small coffee can and creep around the yard. Night crawlers mate in the spring, and to do that, they come out of their burrows and find a partner. Above ground as they were, the crawlers were susceptible to capture. But if you made any noise or a quick movement, the worms were gone in an instant.

Working in pairs, one of us would hold the light steady on the worms while the other eased into position and attempted to pin them to the ground before they could retreat to their holes. Sometimes we could capture both worms, but we tried to always get at least one for our efforts. We often caught 40 and 50 worms in a single evening.

We used the worms for bait on the Greenbrier River, but spring lizards would catch more fish. We caught spring lizards, too. But that’s another story.

When Music Was Instrumental

I am Jim Brewer, Editor of the new CvilleBuzz, a humble on-line attempt to entertain those, not only … END_OF_DOCUMENT_TOKEN_TO_BE_REPLACED