You are here: Home / Boomer Memories / Camping Out 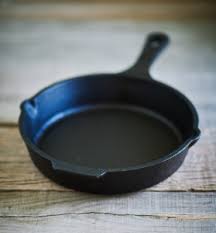 My family never went camping. Mom and Dad were children of The Great Depression and, as such, they really appreciated things like running water, electricity, refrigerators and the like. They had had their fill of “roughing it.” We didn’t own a sleeping bag or a Coleman stove, much less a tent. So I had zero experience camping, but I did like to fish and one day I struck up a conversation with Bobby Neely, a fellow team mate on my Babe Ruth baseball team. Bobby also liked to fish. The subject of Moore’s Pond came up and someone had the bright idea that if we were on the lake at daybreak, who knows the size of the bass we might catch?

We discussed spending the night at my house and doing the one-mile hike the next morning, then Bobby chimed in with the great news that his dad had an army tent. We could camp out by the lake in the tent, catch fish in the morning and even cook them and eat them for breakfast.

What a great idea! But little did we know.

On Friday afternoon, we began to assemble our gear. The canvas army tent, we would discover, weighed as much as a full-grown Great Dane and the iron skillet I would bring to fry the fish was also a beast. By the time we had packed a few plates and dishes, some Crisco, a loaf of bread, our fishing gear and blankets we needed a Conestoga Wagon to haul it all. But we were fresh out of Conestoga Wagons, so we drug – and I mean drug – all our camping gear through the cow pastures and down to the lake. It was nearly dark when we arrived, and a storm was approaching.

At that point, I discovered that Neely had never assembled any tent before, much less this one and then the heavens opened up. We scurried inside the tent with all our stuff and sat like two bumps under a big, black rug. We managed to prop the tent up from the inside with a fishing rod, but discovered that water liked to go downhill and slowly leaked into our makeshift bedroom. So we got wet.

I suppose we had been asleep for a couple hours when we heard strange noises just outside the tent. There was chewing and heavy breathing, snorting and the distinct sound of an animal relieving himself within a few feet of our tent.

We were more than mildly concerned. What the hell was it?

It turned out to be a herd of Col. Moore’s black angus cattle, but some of those cows weighed a half-ton and Bobby and I were most concerned. What if they walked on our tent and smashed us? What if they tried to get inside? What if there was a stampede? I was beginning to understand why my Mom and Dad had never taken up camping.

But finally, the herd went on its way, the rain stopped and we were starving come daybreak.

But there were two problems. First, the fire wouldn’t start. Charcoal doesn’t like rain. In addition, the fish weren’t biting. Maybe the cows had scared them as well. Finally, we got a few pink embers going on the makeshift grill, and someone caught a bluegill – all of four-inches. But a four-inch bluegill is better than no bluegills at all, so we cleaned that fish and managed to catch three more. We ate those four, small sunfish – half raw –and sucked every speck of flesh from the tiny bones and sopped up the grease with our bread.

We finally gave up, drug all our wet camping gear back to my house and ate a real breakfast.

It would be a while before I went camping again.

Have You Lost Your Marbles?

What Did You Say?

I am Jim Brewer, Editor of the new CvilleBuzz, a humble on-line attempt to entertain those, not only … END_OF_DOCUMENT_TOKEN_TO_BE_REPLACED