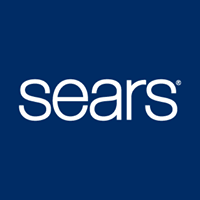 Sears going bankrupt? It can’t be! Sears was America’s store. It’s where Boomers bought everything from sleeping bags to stereos to back-to-school clothes for their kids. And lives there a Boomer who can’t remember that special day when the Sears catalogue arrived in the mail?

In the mail. Imagine that.

That big, fat catalogue had hunting clothes and frying pans. It had ladies underwear (yes, my favorite section) and yard tools. It had furniture and bed linens. It had a little of everything.

In my boyhood home of Lewisburg, WV, we didn’t have an actual Sears store, but a small outlet store. They had a few items on display, like lawn mowers and some appliances, but mostly you went in and ordered, then picked up your goods a few days later. It was less expensive than home delivery.

Sears was really America’s first credit card. Before there was such a thing as VISA and American Express, there was a charge account at Sears. Car dealers and banks often called the retail giant to see if a potential customer was credit worthy. Most people paid Sears on time, if they possibly could, because they knew they would be ordering again.

When Nancy and I were first married, we didn’t have a pot to tinkle in. My apartment was furnished, except for my stereo, which I had naturally bought from Sears, and when we moved into our first house, we needed a freezer, a washer and a dryer. We went to Sears, of course, and bought all three – genuine Kenmore Appliances, the best there ever were. The washer and dryer each lasted us over 20 years. The freezer was still going strong when we sold it and bought a larger one.

I remember the Ted Williams line of sporting goods in Sears. Ted was quite a hunter and fisherman, in addition to being the best hitter who ever played baseball. When Williams put his name on it, you could take it to the bank. I still have my Ted Williams tackle box that was given to me as a Christmas present 50 years ago. Great equipment.

And Craftsman? At one time, there were no finer tools made in the world. They guaranteed everything. My first Craftsman lawnmower lasted over 20 years. If you ever had a problem, they would take it back and fix it or give you a new one. Their hammers and tools were guaranteed for life.

Sears had a good run, however. Sears, Roebuck and Company, affectionately known as Sears, was founded in 1892. They are not out of business, yet, but they did file for bankruptcy protection. If they could just make products like they once did, they would be around for another 120 years.

I am Jim Brewer, Editor of the new CvilleBuzz, a humble on-line attempt to entertain those, not only … END_OF_DOCUMENT_TOKEN_TO_BE_REPLACED