You are here: Home / Boomer Memories / Boomer Do’s and Don’ts 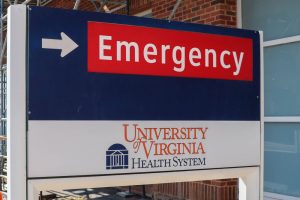 There is now an app for just about everything on the planet. But oddly, there is not an App for Boomers – a complete listing of all the perils with which we might contend. I suppose the Good Lord figured that at this stage of our lives we’d have better sense than to do certain things – like play touch football with children and grandchildren. On a recent Thanksgiving, I did. And I’m “thank-ful” to still be around.
The Boomer App – were there such a thing – would state right off the bat that the only football we should be involved with is watching on TV. For Boomers, football terms such as “go deep” means 6-feet under in a cemetery plot. A “safety” is a type of a pin that secures cotton diapers or Depends, if need be. A “screen play” is what your cardiologist pulls up and the “red zone” is the place where the rescue squad parks in your driveway.
But having no Boomer App as a reference, yours truly organized an official two-hand touch football game among my assorted offspring and their children, including 12- and 13-year-olds who can run up and down steep stairs twenty or thirty times a day without paramedic assistance.
It had been a while since I last played football. I think it was the year Dewey lost to Truman. But touch football? How bad could that be? Besides, old granddad here wanted to show the young ‘uns he still had what it took. Took to do what, I’m not sure. But I was sure I still had it.

Our side got the ball on the first kick off and huddled up. As a wide receiver, I went downfield as the football came spiraling through the air. It was a little long so I dived forward, grabbed the ball and hit the ground. Ground is very hard, by the way, and I immediately sensed that my organs and skeletal system were not liking this game of football. Yet, I made the catch and rose slowly to my feet. With no broken bones protruding through my jeans or sweatshirt, I wobbled back to the huddle.
“Nice catch, Big Daddy. Go deep again.”
Another throw, another catch, another tumble and the ground was now harder than before. After four or five plays as a receiver, I told my grandson I’d give him $5 if I could be quarterback and not have to run down the field. Throwing a football is not quite as violent as diving for a ball and hitting the turf, but Boomer arms and shoulders aren’t crazy about trying to fling anything more than a paper cup over 10 feet. The center hiked the ball, and suddenly I saw running room down the sideline. Foolishly, I tucked the ball away and took off like Russell Wilson of the Seattle Seahawks. The 12- and 13-year old’s ran me down like cheetahs on an old zebra and mercifully ended my brisk sprint. When the wheezing finally stopped, I declared it to be halftime. In my rules, the oldest guy on the field is also the timekeeper. After two weeks, the soreness and pain lingered.
So Boomers, do not even consider playing touch football with anyone, especially those just reaching puberty. It says so in the first chapter in my recently designed App on Boomer Do’s and Don’ts.

In chapter two, I discuss snorkeling.

A Trip to the Dairy Queen

A Little Dab’ll Do Ya

I am Jim Brewer, Editor of the new CvilleBuzz, a humble on-line attempt to entertain those, not only … END_OF_DOCUMENT_TOKEN_TO_BE_REPLACED