You are here: Home / Boomer Memories / Basketball – A Different Game 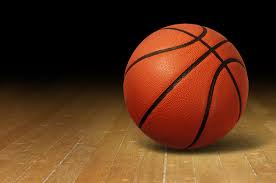 They call it basketball. It’s on TV all the time, but it isn’t the same basketball Boomers recall. There was once a time, you see, when basketball was a civil sport. If there was the slightest contact, somebody got called for a foul. Not anymore. Today, they grab each other, push each other, bite each other, take a flying leap and land on one another and it’s “incidental contact.”

On numerous occasions, I have seen a player with the ball race the entire length of the court, go airborne at the foul line and knock the defender beneath the basket five rows deep into the stands, and the defender is called for blocking.

Dribbling the basketball has also changed. We were taught – and this was strictly enforced – that a dribble meant putting your hand on the very top of the ball, never the side, and bouncing it vertically, otherwise it was “palming.”

They teach palming in basketball school today. Some of these guys have hands as wide as a yard rake. They reach beneath the ball and turn it over in mid-air and then bounce it. It is infinitely easier to make a cut while dribbling if you can carry the ball as you like. This is standard practice today.

There was also a rule about “traveling” or “walking” that was rigidly enforced. You could only take one step without a dribble and then had to shoot or pass – or it was “walking”

I’ve seen NBA guys stop dribbling at the mid court line and weave their way to the goal like a halfback scooting to the end zone without a single dribble and … no call.

Girls’ basketball has also changed. When we were in junior high and high school, the only girls’ basketball was during gym class. There were no varsity teams. In those days, there were six girls on a team, three were guards: they stayed in the backcourt. Always. There were three forwards. They stayed in the frontcourt. Neither guards nor forwards could cross the centerline. We (boys) loved watching girls’ basketball because it was the only time in winter you could see all those pretty legs. The girls were not exactly high scorers. I remember several games when the final tally was 6 to 5, or 10 to 9 in a really high scoring contest. It wasn’t because the girls held the ball for final shots, it’s just that they weren’t very good shooters. When the other team didn’t strip the ball away, they mostly missed, even layups. But we didn’t care. They sure were cute.

A Visit to the Principal

Turn The Radio On

I am Jim Brewer, Editor of the new CvilleBuzz, a humble on-line attempt to entertain those, not only … END_OF_DOCUMENT_TOKEN_TO_BE_REPLACED