You are here: Home / Boomer Memories / A Visit to the Principal 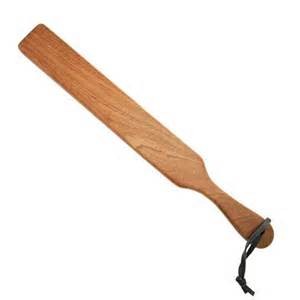 “Report to the principal’s office!”

For young Boomers, those words were the equivalent of “Uncle Sam really wants you!” or “Is it contagious?”

An invitation to the principal’s office in the 1950’s and 60’s was not for discussing world events or even for a chat about your future pursuit of higher education. It was not to find out your thoughts on the Homecoming Dance décor for the gymnasium or which band should play. It was definitely not an opportunity to express your thoughts on your homeroom teacher’s lack of sensitivity.

Rather, this summons would be to complete your sentence for what would be the first of two beatings, one from the principal and a worse one from your parents when they found out that you had taken a Parker fountain pen – usually reserved for writing English essays in cursive – and deftly flipped the nib in such a way that the cute red-headed girl across the aisle would now have a blouse riddled with tiny dots of midnight blue, indelible ink.

Or your summons could have been from excessive chewing of Fleer’s Bubble Gum and the subsequent explosion of a pink, 9-inch orb that remained stuck to your eyebrows for two days.

Other acts leading to corporal punishment in school may have come from putting a thumb tack in the seat of a fellow student who did the same to you the week before, or passing notes about your new love life to your best friend, just as the teacher walked up the aisle. Boomers were quite proficient at coming up with acts that resulted in a good paddling from the principal. Or sometimes the blows were administered by the classroom teacher.

The paddles of those days were works of art. Many belong in the Smithsonian. I remember one teacher who had a red paddle – don’t know if it was red from blood or paint – but it was like a ping pong paddle that Paul Bunyan would have carved out of oak and used himself in a match with the Chinese champion. Some were autographed by the victims. Lots of paddles were those the principal or teacher received in their fraternity or sorority houses when they were in college. Frats and sororities of those days served primarily as training grounds for future educators to become proficient at paddling unruly students.

One principal I knew had a paddle with holes bored through. With the vent holes, he could gain extra velocity such that the paddle hit your behind at the speed of a Nolan Ryan fastball. It was the ultimate instrument for inflicting pain to your hindquarters.

Today, many states have abolished corporal punishment for students. No spankings in school. “Too violent,” they say. “It lowers self esteem,” say others.

Perhaps, but Boomers will attest that a paddle in the teacher’s top drawer was an enforcer, a very effective way to maintain discipline in the classroom.

We may have chewed contraband bubble gum and sucked air from ingesting too many red-hot fireballs, or we may have tied a fellow student’s shoelaces to the bottom of his chair, but we didn’t shoot other students in school. We didn’t sell drugs on school property or anywhere else for that matter. And we for sure didn’t sass our teachers or show them disrespect. For Boomers, paddles served a valuable purpose: We knew there were consequences for our actions.

Voices of the Past

I am Jim Brewer, Editor of the new CvilleBuzz, a humble on-line attempt to entertain those, not only … END_OF_DOCUMENT_TOKEN_TO_BE_REPLACED